Show of the week: Sir Mouse 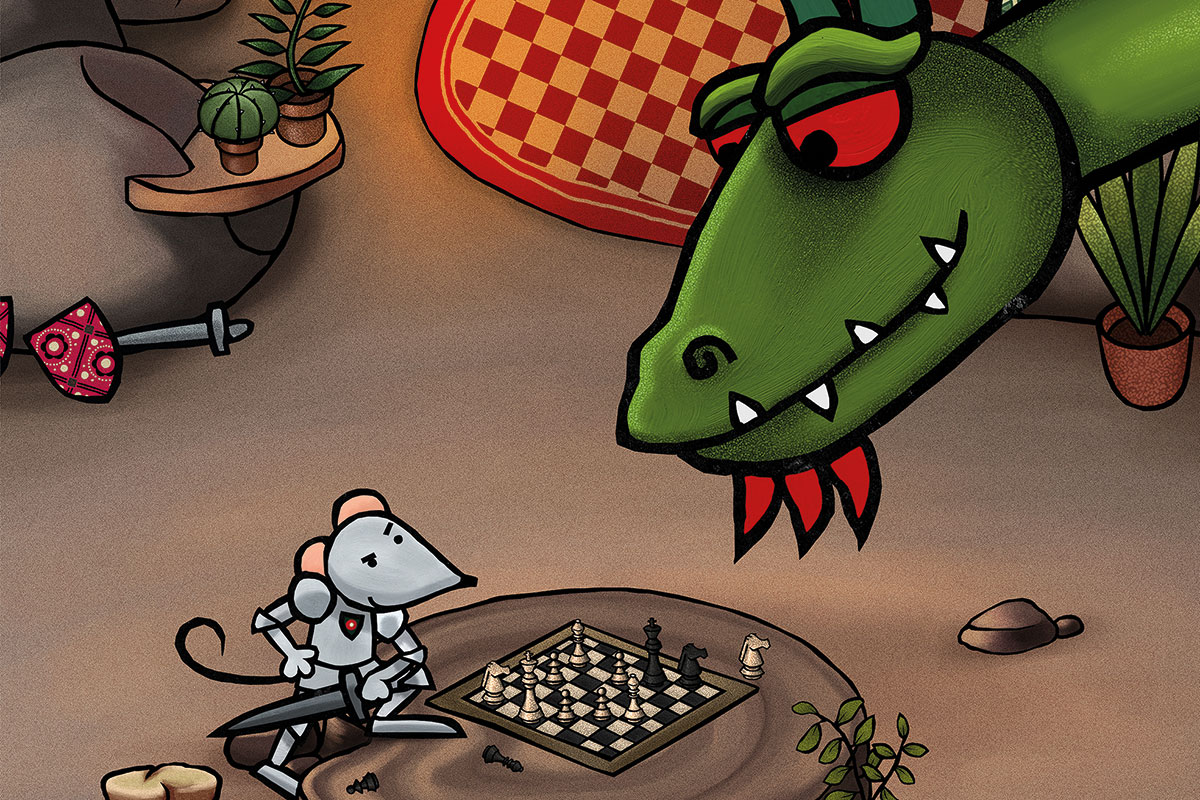 Aimed at 6-9s, Sir Mouse is based on stories from Dirk Neilandt, and follows a bossy mouse and her gentle dragon friend. While both are female, the series refrains from focusing on gender, and instead impresses the idea that girls can demonstrate typically ‘male’ behaviours and vice versa.

“We prefer the slogan ‘knights can be girls’ to ‘girls can be knights’ because we are not solely focusing on girls,” says Nicola Andrews, senior sales and commercial director for kids at distributor Keshet International.

The show aims to teach children how to accept themselves and others. While Sir Mouse has flaws that are difficult to overcome, the kind and empathetic Dragon helps her come to terms with herself and negative traits of others.

The series features 2D cutout animation, which comically contrasts with the rich medieval world the characters live in, where wall carpets come to life and enchanted plants try to take over the kingdom.

The 26x11mins Sir Mouse, which is expected to deliver in 2019, comes from Irish, German and Belgian coproducers (Salty Dog, Scopas Medien and Fabrique Fantastique respectively) and has broadcasters from each attached – namely RTÉ, ARD and Ketnet.

“They all have the same goal: to make an edgy, unique, funny show while adhering to the required standards and practices for kids television,” says Andrews. “We’re delighted to have found broadcasters that support us in producing this type of show.

“One of the benefits of having a story with many levels of depth and narrative is the fact that different broadcasters will be interested for a variety of reasons,” she adds.

Andrews expects wide interest. “Most importantly, it’s fun and entertaining, but it also has an underlying social message about equality, and because it’s based on a published book it will appeal to both public and commercial broadcasters,” she says.