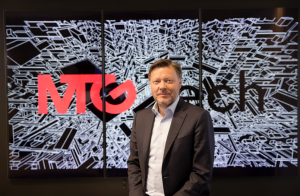 The new team will be effective as of July 1, following the split between the new MTG, which will focus on eSports and digital video content under current group CEO Jørgen Madsen Lindemann (left), and Nordic Entertaiment Group, which will take over the current Nordic Entertainment and MTG Studios business segments, including the Viasat pay TV operations, the Viaplay and Viafree streaming services, MTG’s free-TV channels and radio stations, 30 production companies and Splay Networks’ social video and influencer networks.

MTG Denmark head of sport Kim Mikkelsen will become SVP and group head of sport. Peter Nørrelund, current MTG Sport CEO, will remain with the new Modern Times Group but will serve as an advisor to Jensen at the same time.

Jensen, currently MTG EVP and CEO of Nordic Entertainment and future president and CEO of Nordic Entertainment Group said: “These talented and committed leaders have the skills, experience and attitude required to realise our high ambitions for Nordic Entertainment Group. We are ensuring continuity in our country organisations and central functions, while driving even clearer commercial alignment across the business with the new Group Chief Commercial Officer role. This Group is a one of its kind in the media space and we are setting the organisation right in order to be able to deliver the most engaging experiences for all of our stakeholders.”