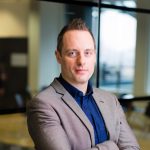 Wheatley will spearhead the company’s content acquisition activity, working closely with Passion’s production partners – both independent producers and the Tinopolis group companies. He takes up the role this Spring.

He reports to Passion’s CEO Emmanuelle Namiech. As part of his remit, Wheatley will also be responsible for identifying and acquiring high-end content and expand Passion’s network of producer partnerships.

Namiech said: “Given his experience across both production and distribution, I have no doubt that Sean will be an asset to the Passion team and to our growing network of producers.

“Sean has an excellent track-record in building and nurturing strong creative partnerships and he will be instrumental in sourcing great content with global appeal.”

Wheatley added: “Passion Distribution has a fantastic slate and works with some of the best producers in the business. I am very excited to be taking on this role and look forward to working with the Tinopolis group companies and independents.”