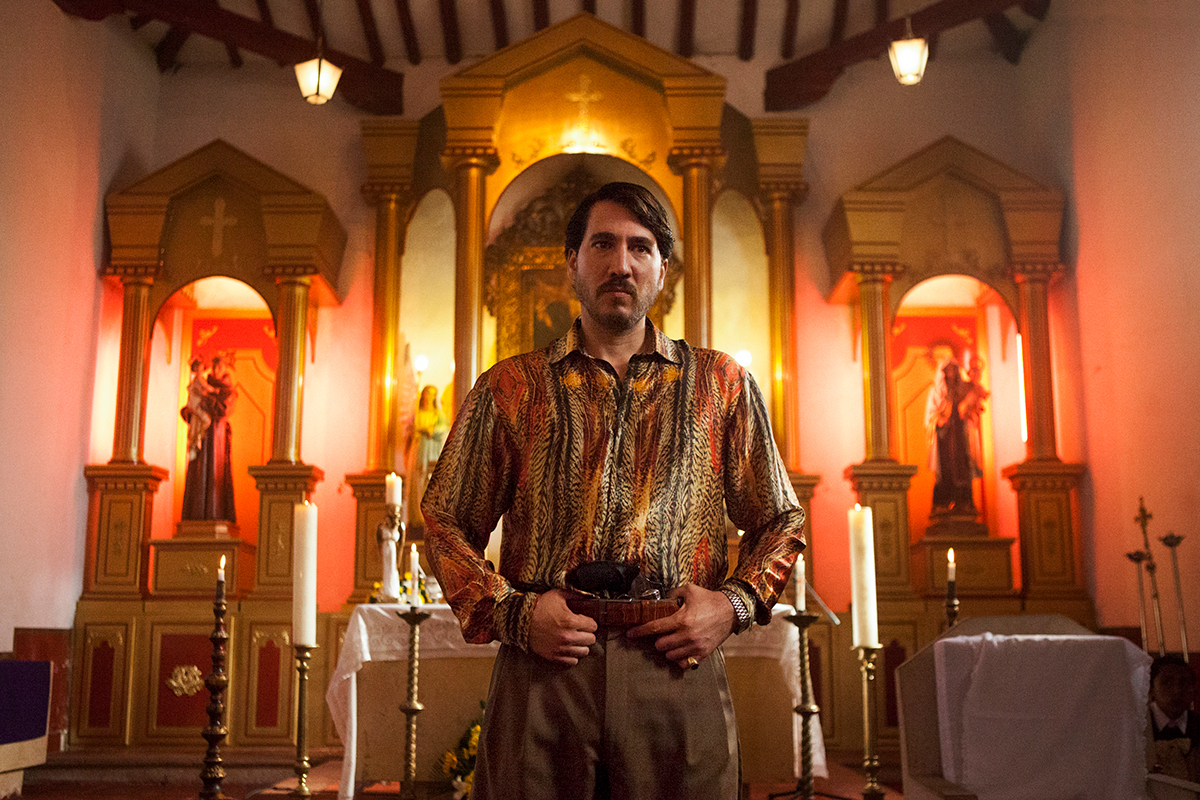 With original programming more important to networks and services than ever, what role does the acquisition play in drama today? Andy McDonald reports

The drama landscape has changed dramatically in recent years. The rise of international SVOD giants like Netflix and Amazon has opened up a world of global taste and helped drive an across-the-board push for original programming commissions, but where do distribution, channel and on-demand service executives think the humble drama acquisition stands today?

Endeavor Content co-president Chris Rice says that the company, which is famed for financing, packaging and selling TV series like The Night Manager, has been a believer for many years in the idea of global programming. 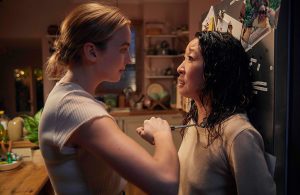 Endeavor is focused on author-driven shows with high production value and star talent, and its latest projects attest to that. Killing Eve (left), The First and The Little Drummer Girl are all major dramas that it will be selling territory-by-territory at upcoming markets.

Rice says that, crucially, these shows are global in their nature. “Trying to create a show backwards based around a coproduction is always a path to mediocre television in my view,” he adds.

Rice also believes that shows should be allowed to stand on their own feet and not be used as a vehicle to sell catalogue content: “We’ve long been a proponent that each show should be sold individually, both because that works well to find the right home for a show in each territory, but it also benefits the people making that show.”

In terms of whom Endeavor is doing business with, Rice says there’s “no question” that things have changed due to the level of growth coming from the global digital giants, which as well as Netflix and Amazon now also include Apple, Facebook and YouTube Red. However, the company still does “fantastic business” with pay TV and free TV buyers throughout the world, he says.

Katie Keenan is head of acquisitions at Viacom International Media Networks UK (VIMN UK) and terrestrial broadcaster Channel 5 – a role that sees her fill thousands of hours worth of programming blocks across a broad portfolio of channels.

Channel 5 brands alone include the flagship network, 5Star, 5Spike and 5USA, the latter of which is entirely dependent on acquired content. Launched in February, new channel 5Select has also allowed Keenan to acquire shows like Striking Out – an Irish legal drama that she says wouldn’t have had a natural home on Channel 5 previously.

In addition, Keenan has experimented with acquiring a few shows exclusively for Channel 5’s on-demand service My5 – for example Wonderland from Australia and Hulu’s East Los High. This is something she says she is “looking at increasingly”.

“We will always look to innovate and be creative about our choices – be opportunistic, be fleet of foot, think about how we can window differently, and how can we ensure that we’re offering our viewers as much choice in how they view their content,” says Keenan.

Armoza Formats’ head of acquisitions, Michal Itzhaki, says that the main buyers of its drama content remain a mix of broadcasters, SVOD services, and thematic free and pay TV channels. However, she adds Armoza sees a rise in demand from the online platforms, which need to constantly refresh their offering and cater for increasingly large audience segments.

As for what this means for the distribution side of the business, Itzhaki says it’s a “mixed bag”, adding: “It’s definitely an amazing time to be a TV fan, but, as distributors, a lot of the time it’s a bit of challenge to have what you’re selling really stand out when there is so much out there,” she says.

On the other hand, Itzhaki adds that the ever rising number of channels and online platforms also means more competition, which is “always good for the distribution business”.
In terms of content that is cutting through, high concept dramas and thrillers are leading in most territories for Armoza, though Itzhaki says the company is also seeing non-English dramas doing well lately – including shows out of Germany, France, Italy, Brazil and Armoza’s native Israel. 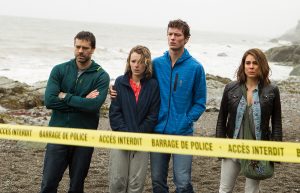 At MIPTV the company will be shopping dramas including the Hebrew-language Hostages, French-language Refuge (right), and Allenby, an Israeli show that was remade for the Brazilian market. Itzhaki claims these are all examples of local shows that resonate universally.

Gaumont’s hit Netflix series, Narcos (top), was a game-changer for many in demonstrating the appeal that an international, bilingual coproduction can have when done right. Gaumont’s president of worldwide TV distribution and coproduction, Vanessa Shapiro, claims that “it really opened the whole world to these kind of formats”.

She adds the success of the series in markets as far away as India and Singapore shows “the world is changing”. Gaumont is now keen to expand this model and is looking to coproduce more series in Latin America.

While SVOD services are becoming more important – both as buyers and producers of content – Shapiro says that Gaumont still works with everyone from TF1 and M6 to Netflix and Amazon. “The digital market and digital players in general are not going to decrease,” she says. What this does mean is that there are lots of different ways to “slice and dice” rights, window content and agree both exclusive and non-exclusive deals.

The TV rights for all four seasons of Narcos, including the one currently in production, will be available for the first time to buyers in 2019, marking the end of Netflix’s holdout window.

This will be a major sales focus for Gaumont at MIPTV and other markets in the coming year. Other dramas on Gaumont’s MIPTV slate include French drama Nox, which it is co-distributing with StudioCanal, and The Art of Crime, another French drama that has now gone into its second season.

Keshet Media Group used its recent INTV Conference in Jerusalem to announce a major new drama fund from its global arm Keshet International. Speaking to TBI, the latter’s director of acquisitions and coproductions, Anke Stoll, explains that the US$55 million fund will be used to acquire high-budget drama – both English-language content from the UK and US markets, as well as foreign-language series. 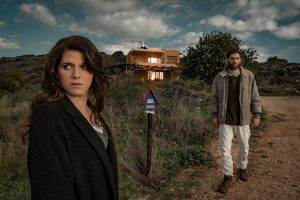 While Keshet’s background lies in formats, the success it found with Homeland and its Israeli progenitor Hatufim allowed it to grow into a much larger company that is now also heavily focused on selling finished programmes. Israeli series Sleeping Bears (left), which recently played at Berlinale, and When Heroes Fly, which will feature at Canneseries, are two of its current focuses. “As a company that was originated in Israel our bread and butter is still very much in Israel and Israeli content,” says Keshet International’s head of global original drama, Atar Dekel.

She claims that SVOD libraries “opened up a whole new world” for the company and says that changing audience habits mean there is also scope to sell internationally-flavoured shows to more territories today.

“Audiences are actually embracing the variety of shows now, like McMafia on BBC One, in which 30% was subtitled. That wouldn’t have happened even two years ago.”

Alex Fraser, senior VP of Red Arrow Studios International, says that the company has had success for quite a few years in selling German and Scandinavian content to other territories in Europe. “That’s not particularly new for us, but in markets where that hasn’t been the case there’s certainly an increase in interest,” he says, citing Italian-language series as potentially “the next hot thing”.

According to Fraser, Red Arrow is selling “pretty much across the board” to commercial and public service networks in Europe, as well as the big digital platforms – Amazon in particular. He adds that there is always going to be a role for acquired series to play in schedules because while original content is great for content providers, it is also very costly.

Appraising the climate of today’s market, Fraser says in some ways it’s more complicated. “There are more outlets than ever before and there’s more programming than ever before,” he adds. “That can create a lot of complicated deal structures, but it also creates a lot of opportunities. It’s true that you may have to move faster, look harder and be involved earlier, and that’s been the case for a number of years.”

Walter Iuzzolino is the man behind Channel 4’s world-drama-dedicated on-demand service, Walter Presents, and leads all foreign language drama acquisitions for the UK broadcaster.
Asked how the acquisitions market has shifted in recent times he says: “What has changed and what is changing is the fact that there is so much brilliant product on the market makes it even more important to curate.”

Iuzzolino claims that just four years ago maybe one in 20 dramas were worth acquiring. Now he says that figure is more like one in seven or eight with “the market flooded with extraordinary product”.

This is largely thanks to SVOD services like Viaplay and Movistar+, pay TV operators and terrestrial broadcasters all looking to produce or coproduce as much as possible in an effort to rival the big-budget output of giants like Netflix. 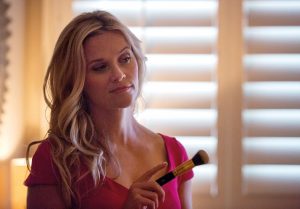 For Iuzzolino it has never been a better time for producers or consumers of drama. There is more money in the sector than ever before, and great writers and actors are increasingly drawn to the space – as seen by the Hollywood pedigree of shows like HBO’s Big Little Lies (left).

However, for buyers it is important that their curatorial filter is “incredibly clear” so that that they gather a collection of content that makes sense to viewers, adds Iuzzolino.

While the rise of original programming continues to make headlines, SVOD service growth and linear channel requirements mean that the drama acquisition remains in rude health – even if deals today are more complex and cut across more territories than in simper TV times.