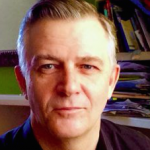 Two seasons of 5x60mins will be shot back to back in London, with RLJ Entertainment-owned Acorn Media Enterprises coproducing with Marquess’ PGMTV. Acorn Media International will sell the show in English-speaking territories, with ZDF Enterprises taking the rest of the world.

Season one will debut in the US, where Acorn offers best-of-British programming for a subscription fee, this coming winter.

London Kills is billed as a “slick, modern and fast moving” drama that will follow a team of top murder detectives.

Episodes will be shot in the style of documentaries, with each focusing on a different murder, while a serial arc will develop the story of the disappearance of the lead detective’s wife.

“After announcing our first commission with Agatha Raisin II, Acorn Media Enterprises and Acorn TV are thrilled to not only commission another high-quality production but make London Kills our first straight-to-series commission and produce two seasons back-to-back.

“With its compelling, fast-paced scripts and the creativity of Paul Marquess, London Kills will make an excellent addition to Acorn TV’s rapidly growing originals slate.”

“Shane Murphy loved the idea from the first pitch – and he and his team have been brilliantly supportive throughout the process,” said Marquess. “With acutely drawn regular characters and a variety of compelling murder investigations – as well as an intriguing serial narrative running right through it – London Kills is shaping up to be a sharp, smart, timely procedural drama.”

Acorn is also coproducing an Australian comedy with the ABC.