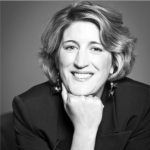 Ousaiss, who will also executive produce for the company, will develop projects for French broadcasters and oversee Elephant’s push into international scripted production, with a particular focus on projects for major SVOD platforms who are all expanding into French originals.

She will work on the slate via her own fiction label within Elephant Story, Elephant’s drama subsidiary headed by Gaëlle Cholet and Guillaume Renouil.

In addition, the new drama head remain as executive producer of Germanized (Deutsch-les-Landes), a Newen/Telfrance production for Amazon Studios and Deustche Telekom.

Ouaiss is also charged with taking the lead on all Elephant Story conversations with potential co-production partners and with the international distribution community as the company looks for first-look, distribution partner for its slate of current and future productions.

Previously, Oyaiss has held roles as director of drama acquisitions at Canal+ and VP of content at Canal+ Overseas, the international subsidiary of Canal+.

Ouaiss said “I am delighted to be joining Elephant at such an exciting time for both the company and also for the wider industry that I love so much. Elephant is the most successful independent drama producer in the country and I have been given the exciting job of helping them build an international business to match”

In February, Amazon became a coproducer of Deutsche Telekom original Germanized, its first French commission. Netflix has also invested in a range of French titles including a French comedy and another LA-based French comedy featuring Gad Elmaleh.

For Newen, Ouaiss’ exit is the second from its executive production ranks in recent weeks. Earlier this month, TBI revealed UK-based executive VP of sales and content Julien Leroux had left the business.