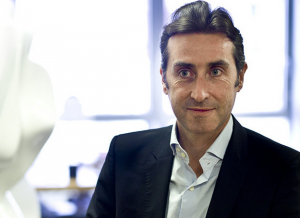 Amazon Prime Video is teaming up with Newen (through its Telfrance subsidiary), Bavaria Fiction and Deutsche Telekom for new comedy drama Germanized.

In French, the title will be Deutsche-Les-Landes. It will be the first French original to appear on Amazon’s streaming service in France. Amazon will also be the exclusive distribution partner for the title in France and Belgium.

This news arrives as the platform also brings in German drama The Beat, a crime drama set in the Berlin club scene.

In Germany, Deutsche Telekom is coproducing the ten-part half-hour comedy drama under the title Germanized. It will be available exclusively to EntertainTV customers on SVOD service EntertainTV Serien.

The series will launch on both platforms at the end of 2018.

French talent will include Marie-Anne Chazel, Sylvie Testud and Roxane Duran. It is directed by Denis Dercourt.

The show is created by Alexandre Charlot and Franck Magnier as well as Thomas Rogel.

“We launched Prime Video in France and Belgium just over one year ago and we’re proud today to announce our first French Prime Original with Deutsch-Les-Landes.” says Jay Marine, vice president at Amazon Video EU.

“With Deutsch-Les-Landes, we found amazing partners, cast and directors to bring this show to life and can’t wait for all of our French and Belgian Prime Members to see it. This is just the beginning for us, as we will keep on bringing the best of French and international TV, including new French Originals, to our customers here.”

Tanguy de Franclieu (pictured) , managing director of Newen Studios Group, said: “We are very proud that Amazon has chosen us for their first French series, especially for a comedy show, a genre where the French excel, particularly on the big screen. We are also delighted to produce that show with Bavaria Fiction, our partner in the Newen Network since 2012.”

Jan S. Kaiser, managing director of Bavaria Fiction, added: “This is a unique production with stellar talent in front and behind the camera. We are excited to join forces with Telfrance to create the first original series for two innovative platforms – Deutsche Telekom’s EntertainTV and Amazon France.”

Today, Amazon Prime Video also premiered the Kenny Sebastian comedy Die Trying. The show is a collaboration between Prime and OML, which also produced other exclusives for the platform such as Going Viral and Pushpavalli.