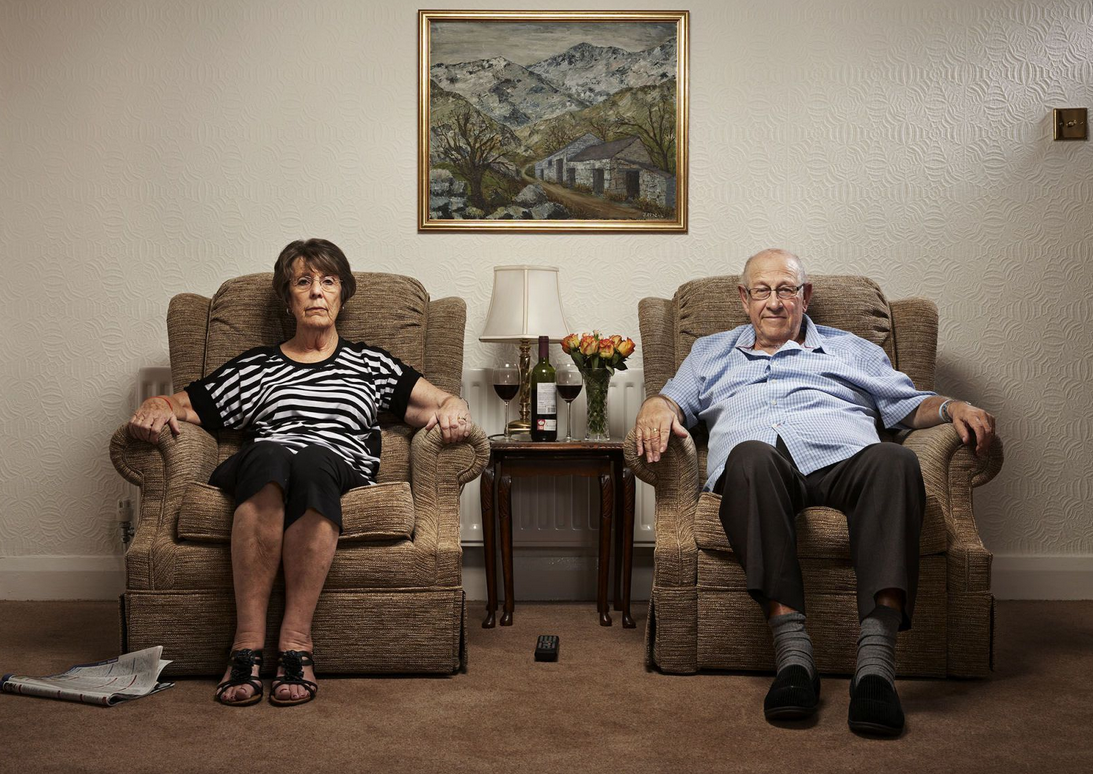 Although over-55s remain staunch supporters of linear television, a new study shows they are now waking up to binge viewing through SVOD platforms.

According to Ampere Analytics, there is virtually no difference in viewing habits between those aged 55-64 and 18-24s if subscription on-demand is the only service in their household.

Over-55s SVOD users watched about one hour, 20 minutes of content per day, with 18-24s watching one hour, 26 minutes on average.

“It’s long been held that an ageing population offers a ready audience for broadcast TV, but our analysis shows that it’s time for a reality check,” said Ampere director Richard Broughton.

“Subscription video-on-demand services like Netflix and Amazon are not exclusively for the younger viewer, they are just taking longer to convince 55- to 64-year olds of the value of a paid-for TV content subscription.”

He added older age groups changed their viewing behaviour in a similar way to younger counterparts after taking an on-demand subscription. 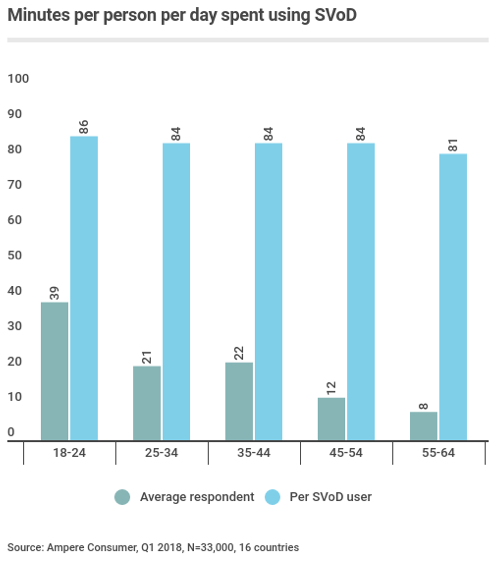 The different between age groups is starker among what Ampere classes as average respondents, with 55-64s watching just eight minutes of SVOD content and 18-24s tuning in for 39 minutes.

Surprisingly, Ampere found that most markets were relatively consistent in their SVOD consumption across age groups – with the average around the one hour, 20 minute mark.

France, which has been far more conservative in its SVOD uptake, was the exception. The average clocked in at just 50 minutes of SVOD consumption per day.

As they hit saturation point with the youngest viewers in the markets like the US and UK, the marketing teams of the SVOD services will increasingly want to turn their attention to older viewers,” said Broughton.

“We expect this to herald yet more changes to content consumption for both broadcast and on-demand services.” 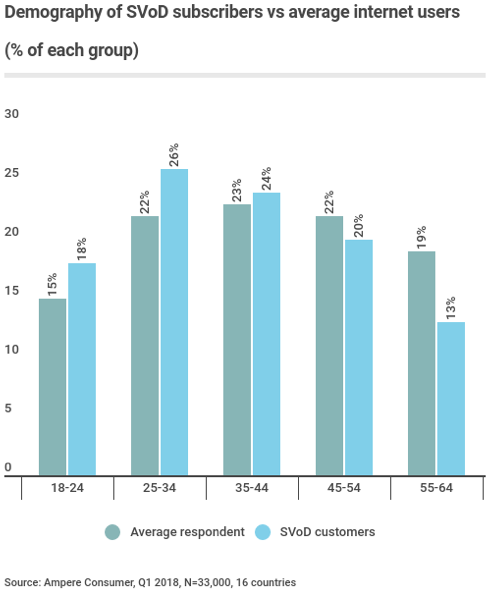 An interesting facet of Ampere’s research shows action and adventure, sci-fi and fantasy, and crime and thriller content best draw in 55-64s.

Action and fantasy/sci-fi were the most popular genre among 14% of the demo, with crime and thriller just behind on 13%.

This behaviour is much the same as that of younger demographics.

Eight per cent were enticed by comedy, and 7% by documentaries, which means most consumers continue to see entertainment and formats as the preserve of the linear TV channel.

Ampere noted the preference for documentary was slightly higher than younger demos and slightly lower for comedy.