Britain’s UKTV has commissioned its first ever original drama for its W net, a coproduction with US cable channel Pop that has Anna Paquin (The Piano) as its star. 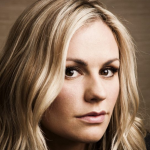 Flack will follow as a sharp and witty American PR guru living in London, whose working expertise clashes with her inability to have a successful personal life.

UKTV has previously ordered a drama called Legion for W (then Watch), but the series, from Red Planet Pictures, did not materalise.

Besides being W’s first original drama, the 6x60mins series also represents its first coproduction with a US broadcaster.

Paquin said Lansley’s scripts walk “the fine line between intense character-driven drama and exceptionally intelligent humour”, and that the world of Flacks have “no moral absolutes and humour is used as a sharply executed defence mechanism to maintain the illusion of perpetual control”.

“It’s very exciting to announce Flack as the first original drama for W – it marks a new chapter in the ever-expanding story of UKTV’s move into original programming,” said UKTV director of commissioning Richard Watsham. “The response from independent producers to our call out for distinctive drama has been incredible and as well as moving into production on Flack, we are now developing a growing number of original drama series for Alibi and Drama.”

The commission comes six months after a major commissioning restructure.

The show will go into production in the spring and will debut on W in 2019.