RTL Group will increase investment in its on-demand services in the territories where it has strong families of channels. 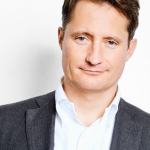 The launch of new services based on the French 6play platform in Belgium, Hungary and Croatia over the next few months will the “the first example” of RTL’s plans, according to CEO Bert Habets.

The company said its “key strategic priority” is to now expand RTL’s direct-to-consumer on-demand services, driven by investments in local and exclusive content.

The news came as RTL reported record full year results in 2017, despite challenging TV advertising markets across its footprint.

“While we have a highly profitable, cash-generating core business in TV broadcasting, growth in our ‘total video’ industry mainly comes from non-linear or streaming services,” said Habets.

The increase was attributed to higher EBITDA contributions from Mediengruppe RTL Deutschland, production and distribution arm FremantleMedia and a positive one-off effect from the sale of RTL’s buildings in Rue Bayard, Paris, of €94 million (US$116.7 million).

Full-year revenue up 2.2% per cent to €6.37 billion, even though all European net TV advertising markets in RTL’s territories were either down or stable year-on-year.

RTL’s fast-growing digital business saw revenue grow by an impressive 23% to €826 million, while revenue gains were also made at Mediengruppe RTL Deutschland and Groupe M6.

RTL said that its production arm FremantleMedia “significantly improved its profitability” over the year.

“FremantleMedia will continue its successful push into high-end drama production, in all key countries,” said Habets. “With this push the streaming platforms also become meaningful clients for FremantleMedia as recently demonstrated with American Gods and Deutschland 86.”