The Weinstein Company (TWC) will be sold to an investor group that former President Obama staffer Maria Contreras-Sweet is leading. 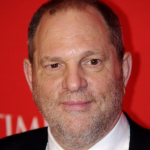 The deal had looked dead last year week after intervention from the New York attorney general, but a surprising turn of events mean the assets will now enter into new hands instead of Chapter 11.

The news comes in the same week more allegations over TWC founder Harvey Weinstein (pictured) came to light in US entertainment trade titles.

He will not profit from the deal, which hands the group most of the TWC assets, meaning the company will not need bankruptcy protection means as expected.

“This next step represents the best possible pathway to support victims and protect employees,” said Contreras-Sweet.

Hours after she issued that statement, another came from the wider confirming a deal. “We consider this to be a positive outcome under what have been incredibly difficult circumstances,” the statement read.

The New York Times is reporting the deal will see the group, which counts investor Rob Burkle among its ranks, will pay around US$227 million to clear debts and take control of a library of around 277 films and TV franchises such as Project Runway.

Most of TWC’s 150-strong staff will be invited to join the new look business, and around US$275 million will be made available to fund operations.

TWC founders Harvey and Bob Weinstein, owners of about 42% of company shares, will not profit from the deal, which includes a US$90 million victims’ fund.

New York attorney general Eric Schneiderman has been critical in negotiations and was present for the talks that ended in a deal.

He had stopped a previous round of discussions until certain measures had been taken.

Among his demands widely reported in the US was the firing of TWC president David Glasser, who had been expected to take the same role at the newco.

However, Schneiderman alleges Glasser was among the management that facilitated Weinstein’s improper behaviour and was likely aware of alleged hush payments made to victims.