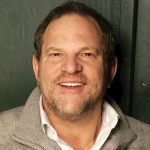 Harvey Weinstein has been fired from the company he co-founded with his brother after multiple allegations of sexual harassment surfaced.

Directors at The Weinstein Company (TWC), including Harvey’s brother Robert (Bob) Weinstein, decided to remove the film and TV producer over the weekend.

Weinstein and his legal team could not be contacted for comment.

Last week, in light of allegations of sexual harassment brought to light in a New York Times investigation, Weinstein acknowledged he had caused “a lot of pain”.

However, he also alleges many claims in the report are wrong, and reportedly has a legal team working on a counter-claim.

The NYT claims Weinstein has made settlements with at least eight women, and numerous other allegations have emerged since publication last week.

The Wrap claims The Weinstein Company is preparing to change its corporate name to disassociate from the executive, who founded Miramax before his current venture.

While Weinstein is best known for movies such as Pulp Fiction and Shakespeare in Love, the latter of which won him an Oscar, he has produced TV series such as War & Peace and Marco Polo.