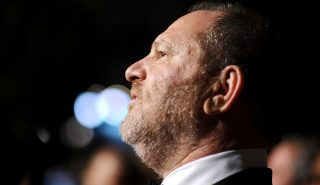 The Weinstein Company, whose ex-chairman Harvey Weinstein has been accused of sexual harassment, has filed for bankruptcy for the second time, with an offer from an affiliate of equity firm Lantern Capital Partners to acquire its assets on the table. In February, the company was saved from going through with the bankruptcy process after an […]

The US$500 million deal that would have rescued The Weinstein Company (TWC) from bankruptcy has collapsed after hidden debts were allegedly found. With the investor group that Maria Contreras-Sweet pulling out, TWC has no option but to head into bankruptcy proceedings. “All of us have worked in earnest on the transaction to purchase the assets […]

The Weinstein Company will file for bankruptcy

The Weinstein Company (TWC) is set to file for bankruptcy “in the coming days”, according to reports. The New York Times has reported that a deal to sell TWC to a group of investors headed by Maria Contreras-Sweet started to collapse earlier this month after New York District Attorney Eric Schneiderman’s office filed a suit […]