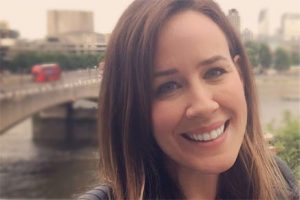 Baker, who joins this month, will report to Tracy Forsyth, BBCWW’s genre director for fact ent, entertainment and formats.

The new exec will be charged with managing and developing the slate of new intellectual property with BBCWW’s production partners to serve the factual entertainment and formats pipeline. She will work closely with Forsyth and Sumi Connock, creative director of formats.

Additionally, a key component of Baker’s role will involve overseeing returning factual entertainment format commissions for BBCWW global channels and identifying and developing titles from the back catalogue of the BBC’s commercial arm for reinvention.

Forsyth said: “Anaïs’s experience in international format production, coupled with her skill in developing factual entertainment and entertainment formats for the global market will allow us to grow our portfolio of compelling formats and IP.”

Baker said: “Whether developing new IP or overseeing local commissions, it all starts with great content and BBC Worldwide’s portfolio is world class. I’m excited to work with Tracy and the team to build on it further, delivering a pipeline of original, diverse formats with strong international appeal.”