Beyond rejigs with Hemperek hired from eOne

Beyond Distribution has hired Entertainment One’s Justina Hemperek as head of acquisitions, with Sarah McCormack taking a new role. 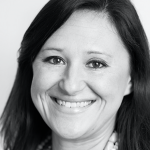 Hemperek (pictured) was previously director of acquisitions for the UK, Europe and Australia within eOne’s international distribution team.

As of March, she will lead Beyond’s buying team, with interim head McCormack becoming senior VP of acquisitions for the UK, Europe and kids.

New chief Hemperek will report to Beyond general manager Michael Murphy. She will oversee acquisitions

“Justina will play a key role as we ramp up our acquisitions activity,” said Murphy. “By expanding and strengthening our team, we are reflecting the increased demand from our clients for world class content.”