Little Dot Studios has appointed Caitlin Meek-O’Connor as interim head of acquisitions as part of the growth strategy for its digital brands on YouTube and Facebook, TBI has learned. 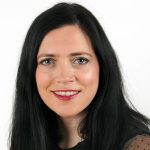 Meek-O’Connor is tasked with overseeing content acquisition from Little Dot Studios’ existing partners as well as hunting for new content as the channels look to expand their reach across various platforms and pay windows.

Little Dot Studios’ genre focused channels on YouTube and Facebook include Only Human, Nurture, Dead Parrot, Wild Things, Timeline and preschool channel Wizz, where it curates full length programming from producers and distributors in the UK, US, France, Australia and Canada.

She exited Beyond earlier this year.

“I’m excited to be part of a dynamic, fast growing company that’s bridging the gap between television and social platforms like YouTube and Facebook,” said Meek O’Connor.

“Little Dot Studios’ digital brands already attract huge global audiences, reaching a young audience that many broadcasters are struggling to find – 70% of our audience is under 35. I’m looking forward to helping grow these even further with more content and new channels.”

Wayne Davison, managing director of content acquisition and distribution at Little Dot and another former DRG exec, said: “Caitlin is an experienced content acquisitions exec, with fantastic relationships throughout the broadcast industry.

“We are delighted to bring Caitlin’s knowledge of the TV landscape and rights as we grow our digital channels and reach broader audiences on social and other platforms.”

Little Dot was founded by Andy Taylor and Selma Turajlic in March 2013, with backing from All3Media.