Cineflix gets new lease of Life as Paramedics leads deals 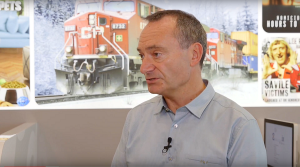 Life, the former head of acquisitions and coproductions at ITV Studios Global Entertainment and head of programming at Channel 4 International, is joining as VP of acquisitions.

He joins as Kate Laffey, the current VP of acquisitions who has closed a number of new deals, goes on maternity leave.

Life will oversee factual and non-North American scripted in the interim.

She has also acquired Rondo Media’s 6x60mins series The Wall (WT), which is a show looking at human stories behind six iconic man-made barriers around the world.

The deals come ahead of Cineflix Rights’ London Showcase this week.

“Our London Showcase event is a great way of introducing our latest titles to buyers before we launch them at MIPTV, and I’m delighted to be boosting our 2018 slate with these diverse new shows from our North American and UK producer partners,” said Chris Bonney (pictured), CEO of rights at Cineflix Media.

“I’m also really pleased to welcome such a great guy as Richard to the Cineflix Rights team. His extensive knowledge and fantastic reputation are key as we continue to expand our acquisitions portfolio.”