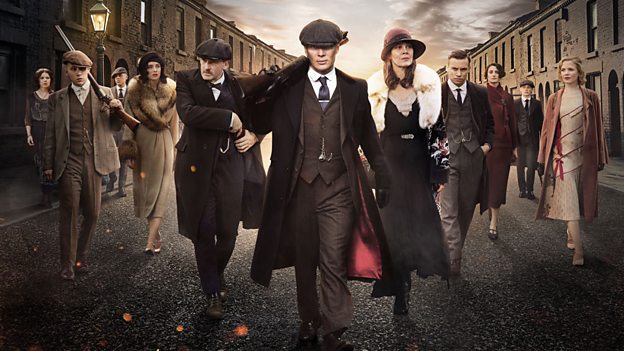 Brit drama Peaky Blinders saw its demand rise significantly in the UK for this week, as season four reached its end and news of a fifth run arrived this month. 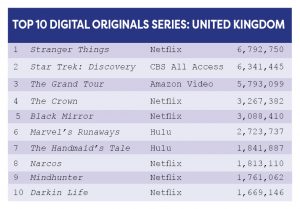 Peaky Blinders, which came in second on the top overall TV shows list, has enjoyed decent success in the territory.

The analytics come after a trio of exec producers of the show, Will Gould, Matthew Read and Frith Tiplady, announced that they are set to launch new UK indie Moonage Pictures.

The Walking Dead topped the list with nearly three million more demand expressions than Peaky Blinders, possibly due to the launch of season eight in the territory towards the end of 2017.

Other shows to appear on the overalls list include common ratings drawers from Stranger Things, to The Big Bang Theory, Family Guy and Vikings.

The Grand Tour has generated increased demand in the UK, possibly due to a guest appearance of 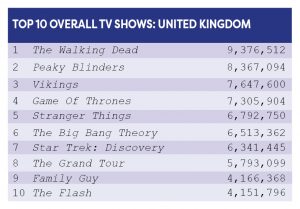 WWE’s Bill Goldberg on the January 19 episode of the second season, who is an avid car collector. Amazon’s series is ranked third on the digital originals list and eighth on the overalls list.

This might not come as a surprise as previous analysis shows that The Grand Tour has performed exceptionally in Europe, coming up as the top overall most demanded show in 2017.

Stranger Things topped the digitals list and was followed by Star Trek: Discovery in second place this week, however.

The digital originals list provides more variety in streaming services in the UK this week, with CBS All Access, Amazon Video and Hulu all taking spots from the usually dominant Netflix.

Hulu, which is planning on investing further in originals, provides two top series, in sixth and seventh place: Marvel’s Runaways and The Handmaid’s Tale.

While The Crown is in the list, in fourth place, the second season of the series has not reached the top spot in its home country. It is followed by another UK-produced Netflix original, Black Mirror, in fifth place.

Other popular performers on the list include Narcos and newcomers Mindhunter and Dark.