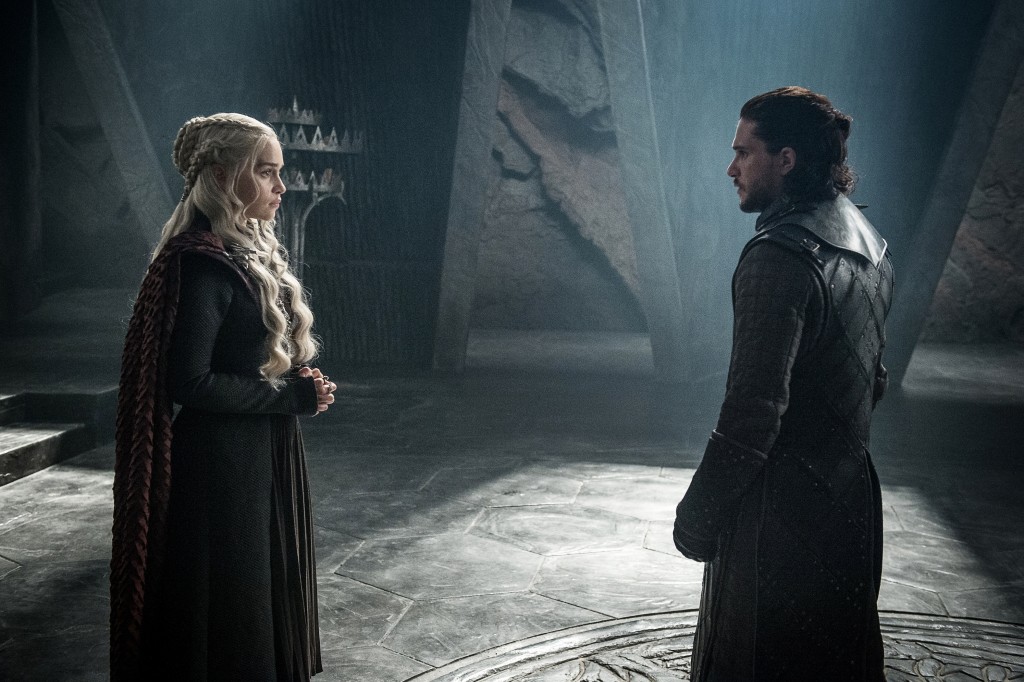 Fantasy epic Game of Thrones is often the most in-demand series featured on our Parrot Analytics-powered charts, but never before has it been as dominant as it was last week in the UK. 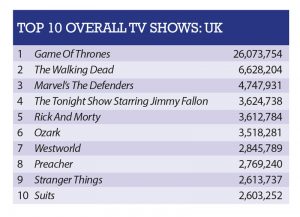 The show took an overall average demand expression score of 26.07 million, which is more than four time the number of the second placed show, The Walking Dead.

Homes, offices and the internet has been alight with debate around HBO’s ratings juggernaut, which continues to dwarf competition despite various leaks and hacks.

The show reaches the denouement of season seven this week, which will leave millions of fans and viewers in limbo before our other regular chart-topper, The Walking Dead, returns with an eighth season in October.

Elsewhere in our latest charts, new Netflix series Marvel’s The Defenders takes top spot in the digital rankings – and third overall – after launching on Saturday (August 18). The show brings together the heroes of the other Marvel Television-produced Netflix dramas for a wrap-up miniseries. 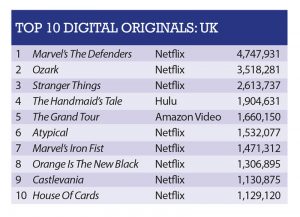 A surprising entrant into the overall chart is The Tonight Show Starring Jimmy Fallon, which airs locally on pay TV channel Comedy Central. Perhaps social media clips have propelled it up the list, as has been the case with formats such as Carpool Karaoke, which began life as a segment on The Late Late Show with James Corden.

The show comes fourth is the overall chart, followed by another American entertainment series, Rick and Morty, which is on Netflix in the UK.

US show provide all ten most in-demand series in the UK, in fact. The others are Ozark, Westworld, Preacher, Stranger Things and Suits.

On the digital front, The Defenders led Ozark, with Stranger Things and The Handmaid’s Tale, which broadcasts on terrestrial Channel 4 in the UK, follow.

The Grand Tour, the Amazon original, is the only UK-produced show in our charts, with Netflix fivesome Atypical, Marvel’s Iron Fist, Orange is the New Black, Castlevania and House of Cards rounding out the top ten.