Michelle Wasserman, senior VP for format licensing and content development at Endemol Shine Latino, is headed to the company’s Miami offices in a newly expanded role. 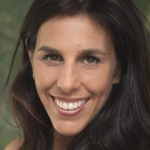 Wasserman (pictured) has spent the last five years in Endemol Shine’s Argentinian office, playing an instrumental role in the company’s Latin American programming sales and development initiatives over that time.

The exec will now form part of the company’s Miami operations and look to further expand Endemol Shine’s businesses across all genres and platforms.

Wasserman will continue to report to Laurens Drillich, president of Endemol Shine Latino.

Drillich said: “Michelle has done a phenomenal job leading our format distribution efforts across Latin America for the last six years, expanding Endemol Shine’s reach in the region with many of our top formats.

“She is a top seller and a great professional, and I’m excited to have her joining us in Miami and sitting in the office next door.”

Endemol Shine Latino, which is a division of Endemol Shine North America, oversees all Spanish and Portuguese-language operations across Latin America, including newly launched studio Endemol Shine Boomdog, which produces original content for both the US, Hispanic and Mexican markets.

Last week at NATPE Miami, Endemol Shine Boomdog CEO Alejandro Rincon revealed the company was producing a music biography drama on the life of reggaeton star Nicky Jam for Telemundo in the Hispanic US and Netflix internationally.