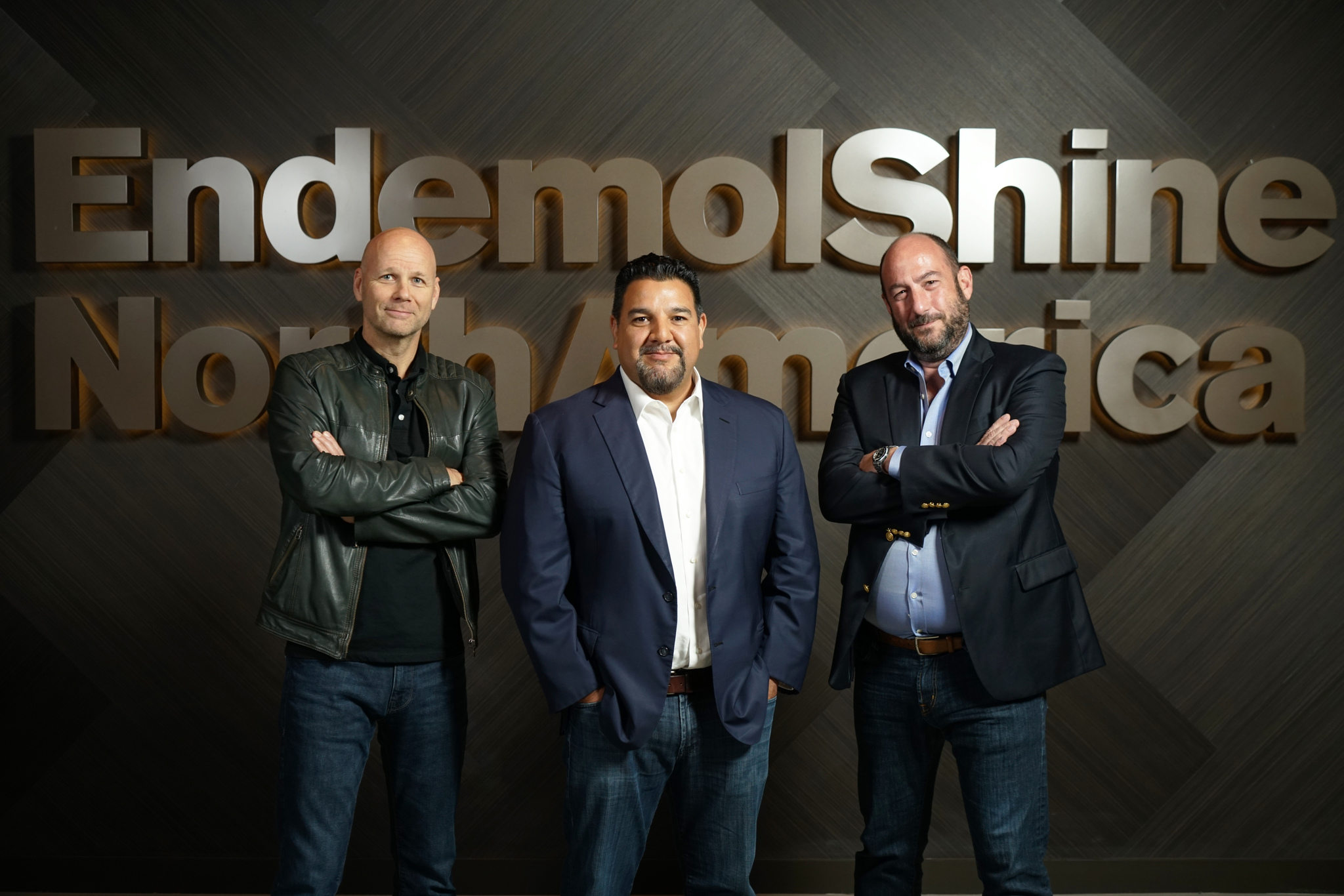 ESNA-owned Endemol Shine Latino (ESL) and Boomdog have created Endemol Shine Boomdog (ESB), which will focus on original scripted and unscripted programming for US Hispanic and Mexican TV channels and services.

“It makes all the sense in the world to combine our Mexican and US Hispanic operations, since that border, contrary to what some think, hardly exists,” said Drillich (pictured above left).

The pair is also working with Somos Productions and Pinolywood Studios on a scripted series based on Latino boy band Menudo.

Rincon and Carlos Perna launched Boomdog in 1997, and it now has more than 100 employees in Mexico City. It produces the local versions of Masterchef, Strictly Come Dancing/Dancing with the Stars (known locally as Mira Quién Baila) and Endemol Shine’s Your Face Sounds Familiar (Tu Cara Me Suena).

ESL is also behind the upcoming El Clan, a coproduction with DNF Pictures about a major Latin music scandal, and has optioned the rights to Chris Perez’s To Selena with Love, which is an account of a late Latin music star’s story through the eyes of her widow.

“This deal comes as a result of a 20-year career, where Carlos and I have worked very hard to get Boomdog to where it is today,” said Rincon (pictured above right with Drillich and Endemol Shine North America CEO Cris Abrego).