SVOD giant Netflix has taken international rights to an upcoming drama about reggaeton singer Nicky Jam for Telemundo that went into production yesterday in Colombia. 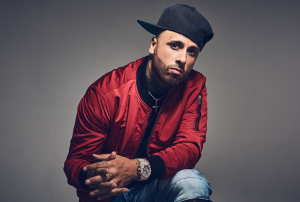 The series will comprise 13 episodes, with Telemundo taking US rights and Netflix getting them elsewhere and in the States after their linear debut.

The original series will tell the life story of Latin music star Nicky Jam, who went from a troubled upbringing in Boston to becoming a huge part of the reggaeton genre.

Jam himself will star in the show, which is being described as “an authorized bio-series”.

Film and music video director Jessy Terrero will direct the series, which is being produced on locations in Colombia, Mexico, Puerto Rico and New York.