Sundance kicks off with deals for US cable networks

A host of factual deals have been announced during the Sundance Film Festival in 2018, including acquisitions for Starz and original shows for the event’s affiliated network, SundanceTV. 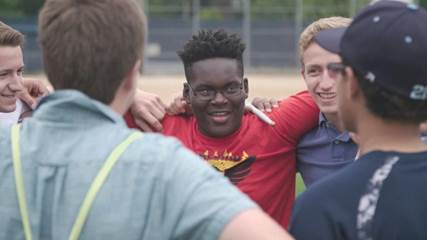 The latter has invested further into true crime by greenlit three new docuseries.

The Road to Jonestown, is from Appian Way and Stephen David Entertainment. Ministry of Evil: The Twisted Cult of Tony Alama hails from Fenton Bailey, Randy Barbato and Peacock Productions and The Preppie Murder is from Robert Friedman’s Bungalow Media and Entertainment.

Starz has also announced a new acquisition during the event. It acquired the unscripted ten-part series America to Me (pictured), created by award-winning filmmaker Steve James and produced by Participant Media and Kartemquin Films.

The docuseries will premiere by the end of 2018 on Lionsgate-owned premium cable net Starz.

Along with new deals, National Geographic Documentary Films and the Sundance Institute announced Illinca Calugareanu as the inaugural recipient of the Further Filmaker Fellowship.

She receives a cash grant along with a personalised experience at the Sundance Film Festival that includes industry meetings, networking opportunities and screenings.

The fellowship builds on National Geographic’s history of creating opportunities for the next generation of storytellers, including Nat Geo Wild’s ‘Wild to Inspire’ short film contest, now in its fourth year, and the Fulbright-National Geographic Digital Storytelling Fellowship, which gives young scholars the chance to hone their communications skills during a yearlong expedition abroad.

“With a background in anthropology, Ilinca is uniquely positioned to create films that truly immerse viewers into different cultures. We are thrilled to honor her with this award and are looking forward to working with her in the coming year.”