The newly formed BBC Studios has revealed today that its BBC Worldwide content chief, Helen Jackson, will depart after 31 years, as it revealed a host of executive appointments for the newly merged business. 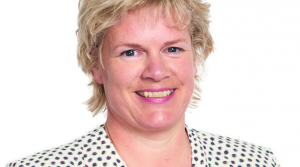 Jackson, who led the BBC’s acquisition of a range of successful production companies, will remain at BBC Studios throughout 2018 and work closely with indie partners.

She will also continue as a director on the board of a number of invested indies.

“Helen’s contribution to the BBC is hard to overstate. She has had both the vision and the relationships to attract numerous producers to BBC Worldwide over many years and is rightly held in the highest regard both inside and outside the organisation,” said Studios CEO Tim Davie.

Furthermore, new executive appointments will take effect in April with the formation of the merged company, which made the decision to consolidate last November.

Each MD will be responsible for leading the commercial, creative and business teams within BBC Studios production, and developing and implementing the business strategy for their genre.

Each president will be responsible for leading content sales, branded services including joint ventures, consumer products and other commercial exploitation activites in their market.

Davie added: “Now that Mark [Linsey] and I have our full Executive Committee in place, we are looking forward to getting on with growing BBC Studios as a world-class home for British creativity.”