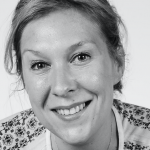 Brownhill (pictured) will take up the newly created role with immediate effect. She joins the senior management team at Renegade, reporting to director of programmes Harry Lansdown, and CEO and founder Alex Cooke.

As head of development at Boundless, Brownhill has built her career working on the production and development of big features and factual entertainment brands in the indie sector.

Brownhill has been involved in the development and production of factual entertainment shows Four Rooms, Great British Railway Journeys and Would Like To Meet.

She said: “I am thrilled to be joining the Renegade team. I’m a big fan of their key formats and look forward to working with them to deliver clever, entertaining and insightful shows that immerse us in the dramas of real life.”

Lansdown, director of programmes at Renegade Pictures, said: “I’m delighted that Hannah is joining to help build our slate of factual series and formats. Her great strength is her intuitive understanding of the world around her, which she then translates into compelling television.”