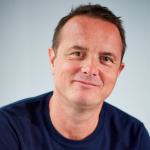 Smith, the former joint managing director at Betty, has been named MD at The Apprentice prodco Boundless, and will report to Liam Humphreys, CEO at FremantleMedia UK Unscripted.

He joins the team in December to replace Wyatt, who exits for BBC Studios at the end of the year.

TBI was first to report the exits of Smith and Betty co-MD Matthew Littleford in June, news that closely followed Discovery Communications selling the prodco to part-owned subsidiary All3Media.

Joining Smith at Boundless is Ben Mitchell, formerly head of popular factual at Shine TV, who takes the newly created role of director of programmes.

Mitchell will join in the New Year along with Damian Pitman, newly-appointed director of development at Boundless, who is also a former Betty staffer.

Cal Turner, currently the executive producer of BBC One series The Apprentice, is promoted to the role of head of popular factual, and will continue to oversee the Alan Sugar-fronted show.

Humphreys said: “Boundless is already a market leader in factual, with an enviable pipeline. I am confident that the best-in-class talent that we are bringing into the label will create and develop brand new, game-changing factual entertainment formats and build even further on its formidable reputation.”

The moves come after Fremantle restructured its unscripted division this September.

Boundless has been looking for an MD since Hannah Wyatt announced a move to BBC Studios at the same time. Her switch aped that of Patrick Holland, who left the prodco for the UK’s pubcaster in May 2015.