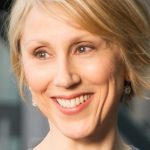 Wyatt will leave FremantleMedia UK-owned Boundless in early 2018, and Liam Humphreys, CEO of unscripted at Fremantle, will oversee the role until a replacement is found, according to a company spokesperson.

Her hire comes after BBC Studios director Mark Linsey restructured the entertainment arm of the BBC’s commercial production wing earlier this year by splitting its entertainment and music/events divisions in two. Wyatt fills the factual role created in that rejig.

Wyatt will oversee the creative, commercial, and operational strategy of the business, and will sit on the BBC Studios’ executive committee.

She will be responsible for developing new factual entertainment formats to ensure the continued creative growth of IP in the genre.

Wyatt will also have an overview of Top Gear, the label Auntie Productions, producers of Amazing Hotels, The Life Swap Adventure and In Your Ear. For events she will look over the Festival Of Remembrance, Cenotaph and more.

Since 2014, Wyatt has worked at FremantleMedia UK’s Boundless as creative director and then MD, where she oversaw a programme slate including The Apprentice and Grand Designs.

Wyatt joins Boundless alumni Patrick Holland at the pubcaster. He was MD of the producer between 2012 and 2015 before exiting for a head of documentaries post at the BBC.

Mark Linsey, director at BBC Studios, said: “Having split BBC Studios’ entertainment, music and events into two distinct areas, I had a very clear idea about who could lead this incredibly important part of our business and am delighted to attract someone of Hannah’s experience and calibre to BBC Studios.

“I’ve always admired her entrepreneurial, creative and strategic approach and think she will bring renewed vigour and do wonders in driving our business forward.”