Netflix is attempting to make up lost ground in India by snagging rights to programming from a new local Discovery-operated network. 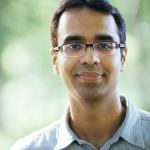 Netflix has beaten off the likes of Amazon Prime Video to land programming from Jeet, a new channel launching in India next month on DTH and cable platforms.

The deal means Netflix has exclusive worldwide rights to the content, which is from the general entertainment area, across more than 190 territories.

Discovery wants it to be the first “national general entertainment catalogue” and therefore will be available in Hindi, Tamil and Telugu languages.

It debuts on February 12 with five hours of programming, three of which will be original shows based around the concept of the victorious underdog.

For Netflix, the deal is a boon in a market where its high price point has been a significant inhibitor of market penetration.

Research earlier this month reported just 6% of those using the SVOD giant in the market actually got to the point of paying for it, instead using the month-free trial to watch programming before switching off.

Local services such as Hotstar and Voot are said to be more popular in the VOD market, while other research shows Amazon has pulled well ahead of its rival.

Amazon continues to invest heavily in local original and acquired content, though Netflix did order a drama from the territory, a Hindi- and English-language series based on Vikram Chandra’s novel Sacred Games.

For Discovery, the news comes a month after Asia-Pacific chief Arthur Bastings exited.