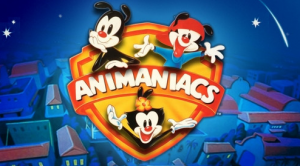 Spielberg’s Amblin Televsion is producing the revival, which has landed a straight-to-series order of two seasons, with WBA.

New episodes will launch on the VOD service in 2020, and they represent the first family-orientated original programmes Hulu has commissioned.

Additionally, Hulu and Warner Bros. Domestic Television Distribution have agreed a deal to make the existing 99 episodes of Animaniacs, plus Pinky and the Brain, Tiny Toon Adventures and Pinky, Elmyra and the Brain exclusive to Hulu as of yesterday.

Animaniacs follows three Warner siblings – Yakko, Wakko and sister Dot, who love to create havoc and mayhem. The series first debuted in 1993 on Fox Kids before switching to The WB.

The new show will see the siblings escape from the Warner Bros. water tower and create comic chaos. Pinky and the Brain will also make appearances in every episode.

“We cannot wait to work with Steven Spielberg and the entire Amblin and Warner Bros. teams to bring more sketches, catchphrases, songs and laughs from the Animaniacs to kids and adults everywhere,” said Craig Erwich, senior VP of content at Hulu.

“Now one of the most beloved, inventive and funny animated franchises in history, Animaniacs and its cast of witty characters can live on, on Hulu. This marks yet another big move for us as we continue our efforts to be the number one streaming destination for premium animated content.”