Fox Television Group bosses have addressed the Walt Disney takeover of 21st Century Fox’s entertainment assets, noting they are unsure of their roles, but remain focused on “business as usual”. 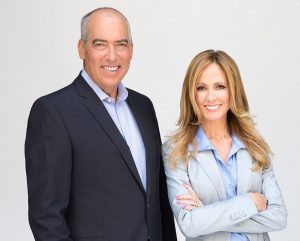 Gary Newman and Dana Walden (pictured) told reporters at a TCA tour event they had not yet had insight into their positions as co-chairmen at Fox’s TV networks and studios arm once the agreement finalises.

The deal that will see Disney pay more than US$52 billion for 21st Century Fox’s entertainment assets will remain the regulatory process over the next year to 18 months, meaning most execs are hampered in both what they will know and what they can say publicly. However, Newman began his session by addressing “the elephant in the room… or in our case, the Mouse”.

He added: “On the day the deal closes, the TV studio will be a part of Disney. It’s been my home for 28 years [and is] an incredible company. I have every expectation it will remain that way for many years to come.”

While admitting to be being “shocked” when the deal was first announced in December, Walden said: “When the transaction goes through the company will still be in the hands of people who still care deeply about storytelling and creators.

“The shock was really quickly turned into a very clear view of what kind of an opportunity this is, and how protective the Murdochs were in terms of making a decision about Disney when they had other companies courting them,” she added. “It’s a brand that they admire, and I don’t believe they would turn these assets over to just anyone.”

Walden has been heavily linked to Amazon Studios, which is still seeking a successor to Roy Price, who stepped down last year after allegations over his behavior to a producer emerged.

“I clearly am going to have a decision to make,” she said over her role at Fox. “I love this company, I’ve spent 26 years here. I love the team, Gary and I have had a hand in putting virtually every person in place.

“I’m very committed to them. I would not speculate right now about leaving, or frankly about anything other than the work at hand. It wouldn’t be helpful or productive.”

The pair is taking a ‘business as usual’ approach to the Fox broadcast network until the deal is done, and will be ordering pilots for the 2018/19 season in regular fashion.

The channel will not be part of the acquisition, as Disney already owns ABC, but the Fox studio assets will. This has been speculation that Fox will retrench from expensive drama and comedy programming once it is no longer horizontally connected with a producer.

Newman said it was possible Fox would create a new production division at that point. “Those decisions have not only not been made, but I don’t think they have been considered, but the entire environment is wide open. They can buy from anyone, and can certainly choose to make that kind of investment.”

They added that current 20th Century Fox Television-produced shows would not be leaving the network.