Ergen steps down as Dish CEO

Cable mogul Charlie Ergen is stepping down as CEO of US satcaster Dish Network. 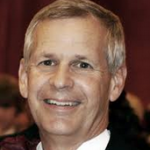 Erik Carlson, who took over Ergen’s role as company president two years ago, will replace him.

Carlson will continue to report to Ergen, who is stepping down to focus on Dish’s new wireless business. He will remain company chairman.

“With more than 20 years’ experience at Dish, Erik brings a complete understanding of the business opportunities both Dish TV and Sling TV possess,” said Ergen.

“I have every confidence that under Erik’s leadership our new organisational structure will deliver value for Dish TV and Sling TV and will aid our entry into wireless.”

Carlson has been with Dish since 1995, and has been president since December 2015.

Ergen had retaken the CEO post in April that year after Joseph Clayton retired.