New chief for SlingTV as Lynch exits for Pandora 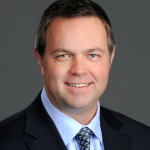 Carlson will on August 31 add SlingTV to his current duties as president and COO of US-based satellite pay TV provider Dish.

Carlson, who has spent more than two decades with Dish, will continue to report to company chairman and CEO Charlie Ergen.

“Erik is positioned to fully support and grow our enterprise’s portfolio, including our Sling TV asset, as we work to connect 100% of the country through satellite, OTT, wireless and even digital over-the-air offerings,” said Ergen.

A la carte service Sling launched in January 2015, and had two million subscribers at last count. It offers more than 50 US and international channels from the likes of Disney, Scripps and AMC, with customers able to pick and choose their packages.

A report last week claimed ‘skinny bundle’ services such as SlingTV were posing a serious threat to the traditional, linear pay TV business.