Top Endemol Shine Group exec Marcus Wolter is to leave the company, sparking a restructure in Germany and Northern Europe. 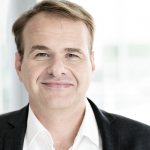 ESG CFO Ute März, head of strategic development Gabi Abegg and director of reality and docu Rainer Laux will lead Endemol Shine’s German operations in the interim during a search for Wolter’s successor.

On the Northern Europe front, Endemol Shine Netherlands joint CEO Boudewijn Beusmans (left) will replace Wolter as chairman. He will now support and coordinate business in the Netherlands and Belgium.

Wolter has been with Endemol Shine for nine years, but is now focused on a “new venture”.

“I want to pay a wholehearted tribute to Marcus for his outstanding leadership of Endemol Shine Germany and the support he has given to our businesses across Northern Europe,” said Endemol Shine Group CEO Sophie Turner Laing. “When he leaves us next year, he will do so with our sincere thanks for the contribution he has made to our group.” 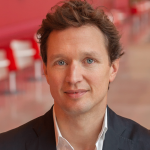 Wolter began his career at Hamburg-based MME in 1992 and went on to become a key member of the team that launched music-themed channel Viva in Germany.

In 2008 he joined Endemol Deutschland as managing director. Upon Endemol’s merger with Shine Group and Core Media in 2015, he became CEO of ESG and added Northern Europe to his duties later that year.

During his tenure, ESG has created formats such as The Brain, Kitchen Impossible and Duel Around the World and dramas such as Netflix original Dark, which came through a joint venture with Wiedemann & Berg.

“The team I’ll be leaving behind at Endemol Shine Germany are truly world class, and with the business firmly established as number one in the marketplace, I feel ready to take on my next challenge,” said Wolter.

For ESG, his departure comes soon after the announcements Indian chief Deepak Dhar and Asia boss Fotini Paraskakis will exit the company.