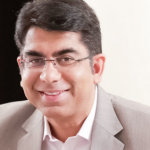 Endemol Shine India managing director and CEO Deepak Dhar will leave the business at the end of 2017 after eleven years.

Company COO Abhishek Rege (below) will replace him, working alongside Dhar (right) during a transition period at the Big Boss producer.

Dhar is leaving to pursue a new, unnamed venture next year.

Rege joined Endemol Shine Group’s Indian arm in 2008 as head of commercial before being promoted to COO in 2012.

Before Endemol Shine, he held roles such as director of business operations and broadcaster Viacom 18 Media.

Dhar was part of the team that launched Endemol Shine India in 2006, initially joining as creative director. He was upped to MD in 2008 and became CEO in 2015, overseeing the TV, film and online businesses.

Shows such as MasterChef, Deal or No Deal and The Voice rolled out locally during his time with the company, along with originals such as Geet, Miley Jab Hum Tum and Sabki Ladli Bebo and OTT content including TE3N and Anaamika. 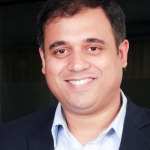 Dhar’s previous posts include jobs at MTV and Channel V, and head of programming at Star TV.

“Deepak will be leaving with our sincere thanks for all he has done in driving Endemol Shine India to become the market leader that it is today and we wish him every success for the future,” said Endemol Shine’s CEO of international operations, Nicola Bamford, on behalf of the Endemol Shine India board.

Dhar said Endemol Shine India has “started with a small team and big dreams” before going on to become “the largest content producer in the country with expertise spanning across scripted and non-scripted television content, digital content and films in multiple Indian languages”.

Endemol Shine owns a majority stakeholding in its Indian operation, and Peter Chernin’s CA Media owns the rest of the business.