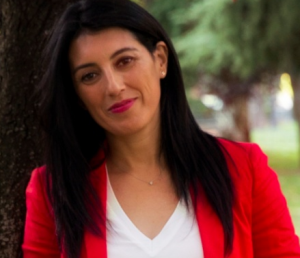 Netflix sees a growing proportion of its international subscriber base coming from distribution partnerships, while its increased content spend next year will see it “become one of the most important studios” globally, according to an exec at the SVOD giant.

Speaking at the OTT TV World Summit in London yesterday, Maria Ferreras, VP of business development for EMEA at Netflix, reiterated that the service will spend between US$7 and US$8 billion on content next year and “will become one of the most important studios”.

She said that Netflix will also spend more on creating content from international markets. “It will not only be global but also local productions, which is very important,” she said.

Netflix’s international user base is now higher than its US base, despite its ‘big bang’ expansion dating only from last year. The service now has close to 56 million international members compared with 53 million US subscribers.

Ferreras said that “the breadth of content” form Netflix was growing with over US$2 billion already invested in European productions. “We are trying to find the best local content with a global appeal. We are trying to be more sensitive to the local markets [but] find talent that can also work in other places,” she said.

Answering a question from the audience, Ferreras said that the proportion of Netflix subscribers gained through partnerships with distributors was increasing.

She said that Netflix was open for partnerships, and highlighted that partnering with the streaming video provider brings content to TV operators’ services that is not available elsewhere.

She told DTVE that such initiatives did not preclude also partnering with Netflix, which had a distinctive offering and experience. She said that Netflix had partnerships with Deutsche Telekom and Orange, both of which were investing in their own content offerings separately.

Ferreras said that Netflix was not afraid of competition and believed that the barriers to creating a global SVOD service were now high. She said Netflix would also evolve its offering to attract new users.

“You need at least US$8 billion for content to start so that is an interesting barrier,” she added. “I don’t think it is impossible [for new competitors to emerge] but Netflix is in constant evolution. The Netflix of today isn’t the same as the Netflix of tomorrow.”

However, she rejected the suggestion that Netflix could develop a linear offering to broaden its reach or appeal to new audiences, but said that the streamer would evolve its interface over time to make its content easier to find.

Ferreras said that despite the proliferation of services, consumers are likely to focus on a few things. “You need to be practical. The one stop shop that you can access things will be the way consumers access services,” she said.

Summarising the benefits Netflix brought to partners, Ferreras said that the service had positive brand recognition, especially in Europe. She said that people associate it with fun, relevance, engagement and being helpful.

She said that Netflix also enabled service providers to increase their revenues without paying for content rights. As Netflix does not license content with minimum guarantees, the partnership is about “sharing the experience” of Netflix, she said. She said that the inclusion of Netflix, with Netflix buttons on remote controls, increased customer satisfaction.

Finally, said Ferreras, Netflix enabled service providers to deliver a ‘one stops shop’ for content, without their customers needing to go elsewhere to stack their own bundle.

Ferreras said that Netflix focused on advanced markets in EMEA to build partnerships, with western Europe viewed as a critical market for this model.

“If we partner too early and the content and language versioning is not there, the effect can be negative,” she said.

Ferreras said that Netflix can create differentiated offers by sitting down with individual partners. She said the company also has a long-term approach to partnerships, having renewed all the partnerships it had created since it started in 2008.

“We are looking to create partnerships, not to do deals,” she said.