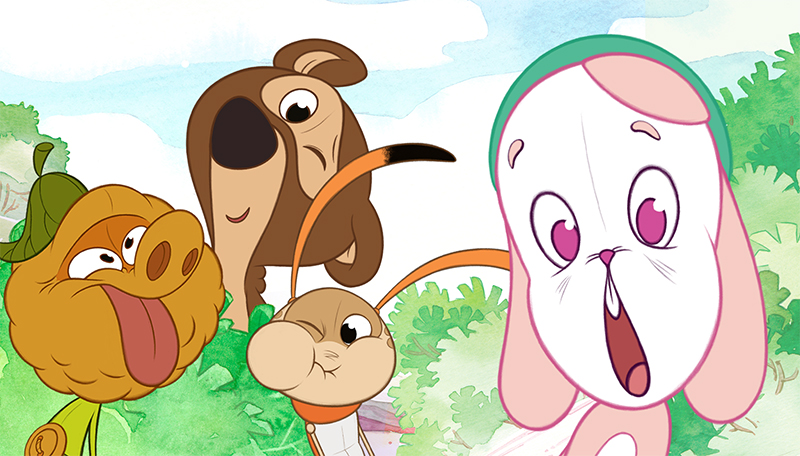 Kids television has been on the agenda this week as the industry gears up for Cartoon Forum and MIPJunior.

News broke that Kay Benbow would leave the children’s division of pubcaster BBC as part of a major team shake-up. Cheryl Taylor will now lead the team in a newly created role of content chief. She will be joined by Helen Bullough, who is getting an expanded role encompassing preschool-focused CBeebies, meaning Alison Stewart is also out.

After the appointment of Sarah Muller, Channel 5 has experienced an overhaul of its preschool block Milkshake!. C5 heads have focused on the block due to its marked popularity in 2016. This year has seen Milkshake! go through a rebrand, make new hires and most recently acquire shows such as Puffin Rock and Gigglebug (pictured).

Young adult online group AwesomnessTV has also been in the news, hiring ex-Endemol Beyond exe Bonnie Pan after Endemol Shine shut down its digital video studio Endemol Beyond USA, leaving Pan without a role.

BBC Studios is set to produce five new comedy pilots for BBC One, Two and Three including Mister Winner, Famalam and The Pact.

GRB Entertainment announced sale of its popular entertainment docu-series Close Up with The Hollywood Reporter to MNET Africa, Foxtel Australia and Adrenalyn Media in Spain and Andorra.

UK-based Silverlining Rights picked up the rights to represent series five of the dock-soap GPs: Behind Closed Doors.