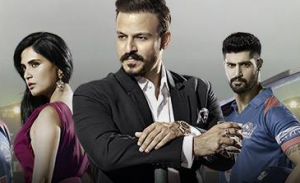 Amazon’s first original Indian drama, Inside Edge, has quickly become the most watched title on its local service, and other in-house productions are driving viewing elsewhere.

According to the e-commerce giant, “nearly 50%”of its local customer base watched the show within its first week on the SVOD service.

Online viewer feedback has been extremely positive on the platform and movie directory IMDB. However, like Netflix and other subscription VOD services, Amazon does not release viewing details, meaning it is difficult to ascertain how many have seen it.

Amazon claims that only British unscripted series The Grand Tour has attracted a higher percentage of unique streamers in its home market than Inside Edge.

Amazon’s head of global content, Roy Price, claimed that the show’s popularity in its home territory was similar to other local originals.

“Our top show in Japan – Hitoshi Matsumoto Presents Documental, Germany – You Are Wanted, and in the US – The Man in the High Castle, are all originals and we’re excited to add Inside Edge to this roster of high-quality content.”

Inside Edge follows the story of the fictional Mumbai Mavericks, a cricket team from the Powerplay League. Amazon bills it as weaving “complex stories”, “challenges and triumphs” and “sub-plots into a vortex of manipulation, love, ambition, voyeurism, deceit, greed, lust and betrayal”.

Top Bollywood talent such as Vivek Anand Oberoi, Richa Chadha and Sanjay Suri appear in the show, which is from Farhan Akhtar and Ritesh Sidhwani’s Excel Entertainment and Amazon Studios.

Amazon has made India a key market, buying reams of exclusive local content and in November 2016 ordering a pilot from UK-based drama India that stars Slumdog Millionaire’s Anil Kapoor.