TBI’s latest news round-up takes a look over some of the biggest deals, hires and partnerships this week (June 26-30, 2017). 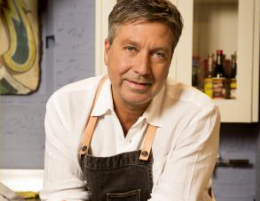 Pay TV service Foxtel will play the series on its Lifestyle channel, with general manager Hannah Barnes saying MasterChef UK judge Torode “is a firm favourite with our viewers”.

Blink Films produces the show, which runs to ten half-hours and follows chef Torode as he travels Asia in search of great cuisine. TVF International sells it, and brokered the deals. 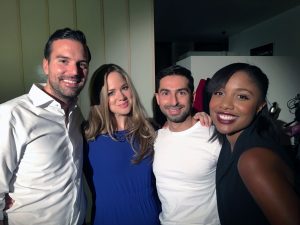 Passion Distribution-sold medical series Don’t Tell the Doctor has sold to Nine Network in Australia, TVNZ in New Zealand, Digicast in Italy, SBS in Belgium and Discovery Networks in Africa.

The 10x60mins show, in which young doctors rush to rescue self-diagnosing people who are shunning professional help, is also under option as a format in the US, according to Tinopolis-owned Passion.

The Arrow Media-produced series debuted on 5Star in the UK in February. “Programmes focused on health and wellbeing continue to be in great demand,” said Passion CEO Emmanuelle Namiech.

Dating reality format Game of Clones is being remade in France for local network NRJ12.

Ah! Production is lining up a remake of the Youngest Media format, which The Story Lab sells internationally.

The series sees a singleton sharing a house with different ‘cloned’ version of their perfect partner, whom they original designed using avatar technology.

“We expect the clones our French singletons create to be slightly better dressed and we look forward to their reaction when they meet all of them,” said Youngest co-founder David Flynn. 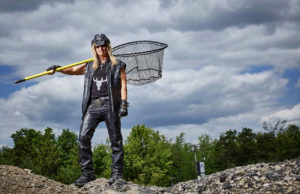 The Proper Television series was for CMT in Canada. It follows Billy the Exterminator star Billy Bretherton as he chasing pests and wild animals in Canada.

“We’re pleased to be working with A+E to bring his trademark Southern style, ingenious methods, and endless sense of adventure to yet another market,” said Natalie Vinet, VP of Proper Rights, which sells the show.

Blaze launched in the UK and Ireland last September. 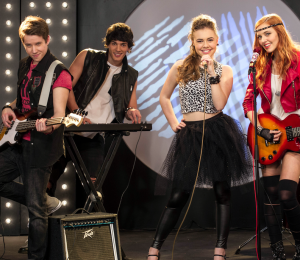 The series, which is on Rai Gulp in Italy and from Loreto-based children’s entertainment firm Rainbow, will debut in Poland on July 1 and Benelux from July 10.

The series follows an American girl who wins a scholarship at a Milan fashion academy, where she meets a self-proclaimed Italian ‘princess’.

Gulli in France, Karousel in Russia and TV Cultura in Brazil are previous buyers. 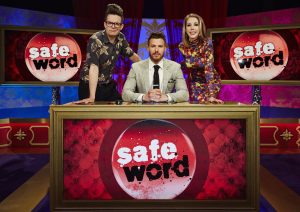 UK format headed for MTV in US

US cable channel MTV has commissioned a local version of comedy format SafeWord, which first ran in the UK on ITV2.

The series is based on the STV Production and Motion Content Group series that ran as specials on ITV2. Matador is producing the eight-part US version for MTV.

Each episode sees celebrity guests partnering with comedians to play a series of games in front of a live audience.

Discovery Networks International has commissioned a game show based around the pioneering Atari video games console.

Atari: Codebreaker is for Discovery Science, and will first broadcast in the UK and Poland before heading to a “selection” of other European territories.

It is billed as a “unique and captivating quiz game imagined for the Atari generation and their families”.

Atari Media Production is working with TH Films, Jeff Mirkin, Bruno Lesassier-Boisaune and Robert I. Blagman on the series, which debuts in the autumn.

Nine famous faces will attempt to pass their driving tests in a new format debuting on E4 in the UK.

Rumpus Media is producing the 15-part series, with Suzuki media agency the7stars working with E4 parent Channel 4 to develop the concept as part of a wider partnership.

“It doesn’t matter who you are – learning to drive will test you to the limit and celebrities are no exception, particularly if they have friends and family sat in the back seat,” said Channel 4 commissioning editor for formats Jonny Rothery.

UK kids channel CBBC has unveiled a raft of commissions ahead of the Children’s Media Conference in Sheffield next week.

Max and Harvey – Breaking America (WT) is the latest series from the My Life strand, and comes from Sassy Films in association with the BBC and BBC Worldwide, while Ali A’s Superchargers comes from Endemol Shine North and features a popular YouTuber.

Fear Falls (WT) is a futuristic game show from Objective Media Group and its subsidiary, Panda TV, and Joe All Alone is a drama from Zodiak Kids. Katy is an in-house drama based on Jacqueline Wilson’s novel.