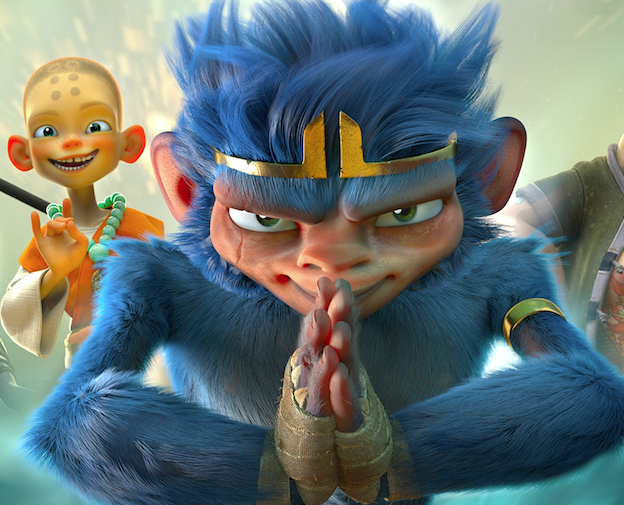 A Chinese media venture with backing from president Xi Jinping is to fund UK-based Blue Zoo Animation to the tune of £30 million (US$38.1 million).

Besides taking the £30 million investment, London-based Blue Zoo will have access to £72 million in funding for new IP and projects, with a joint venture financing vehicle launched for it to pipe through.

Lanzu is a JV between CU Animation and Blue Zoo, which will provide non-exclusive development and production funding for “at least” six projects over the next five years, including an animated feature based on 1980s TV series Monkey.

This will allow Blue Zoo projects to get into production quicker once greenlit, and increase access to the Asian and international animation markets.

It will also take a minority ownership stake in Blue Zoo, which Adam Shaw, Tom Box and Oli Hyatt launched in 2000.

“Lanzu will enable us to jointly hold and develop our IP whilst generating growth in the Eastern and global markets,” said Blue Zoo co-founder and creative director Hyatt (pictured). “In partnering with Blue-Zoo, CU Animation has invested in the talented staff we nurture, our growing business and our dreams for the future.”

The UK’s international trade minister Mark Garnier, meanwhile, said: “With centres of excellence across the UK including in Belfast, Bristol, Cardiff,Dundee, London and Manchester this new deal  further reinforces our position as a global leader in animation production.

“The Department for International Trade will continue to provide support and advice to businesses like Blue Zoo. We want to attract inward investment to help them and others to achieve their growth ambitions and reach new markets.”

CU Animation is part of Chinese-European entertainment firm CU Culture Group, which has offices in Beijing, London, Dublin, Hong Kong and Macau and is part of Zhong Ze Culture Investment.

“Blue-Zoo stands out in terms of creativity, company ethos and commercial acumen,” said Gina Fegan, director of culture, CU Animation and Zhong Ze. “We are delighted to partner with them to enable and accelerate IP development and content production, supporting both Lanzu and Blue Zoo’s international growth.”

The deal is one the largest in international, independent kids television in recent years. Other deals have seen Canada’s 9 Story Media bought Brown Bag Films in August 2015 and toyco Hasbro buying Boulder Media a year later.