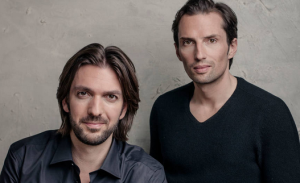 Der Pass will run to eight episodes, based on thriller novels from Cyrill Boss and Philipp Stennert and set in the Alps.

Sky noted its story is “inspired by the motifs of the Danish-Swedish success story The Bridge [Bron]”, which is considered a seminal television Nordic noir.

Endemol Shine Germany-backed Wiedemann & Berg is the prodco behind spy movie Lives of Others, and is making Netflix’s first German original, Dark.

Shooting will begin in the autumn of this year ahead of a broadcast debut on Sky’s pay TV platforms in Germany and Austria in the 2018/19 season.

The story will follow a pair of investigators from Germany and Austria respectively, who come together after a symbolically placed corpse to found on the mountainous border of the two countries.

“With Der Pass, Sky customers can look forward to the next extraordinary original German production for Sky, and as great fans of the Danish-Swedish Bridge, we are looking forward to a similarly complex [story], and are looking forward to working with Wiedemann & Berg as well as Cyrill Boss and Philipp Stennert,” said Marcus Ammon, Sky Deutchland’s senior VP of film and entertainment.