Stephen Hill and Zola Mashariki are stepping down as programming chiefs at Viacom’s BET Networks. 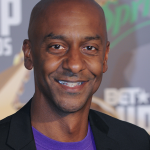 The pair are being replace in the interim by Connie Orlando, who will serve as head of programming until a full-time replacement is found.

Hill is leaving his post as president of programming, a post he took up in December 2014, while Mashariki exits her role as executive VP and head of original programming.

Hill and Mashariki have been at US cable channel BET, which is part of Viacom Media Networks, since 1995 and 1999 respectively. Hill exits on Friday.

Internationally, black entertainment-focused BET has been rolling out internationally since 2015, with Michael D. Armstrong, who was recently promoted at Viacom, overseeing territory-specific launches of the network and others such as Spike.

Viacom CEO and president Bob Bakish has identified BET as one of six Viacom brands (the others being Nickelodeon, Nick Jr., Comedy Central, MTV and Paramount Network) that he plans to bring closer together with Jim Gianopulos’ Paramount Pictures.

In an internal note to staff, Hill said Viacom had made “a wise choice making BET a ‘flagship’ brand”.

The news comes a month ahead of BET’s upfront programming event.