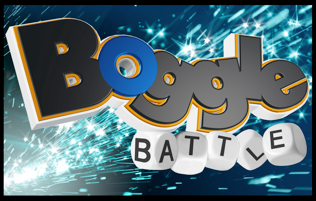 The content arm of games giant Hasbro has teamed with the creators of Chopped and indie studio Entertainment One to adapt board game Boggle into a TV show.

Hasbro Studios, Keller/Noll and eOne will partner for Boggle Battle, which is they said will introduce the classic word game to a whole new audience.

Family and friends will compete in the TV show, which is at development stage and does not yet have a broadcast partner.

Winsanity! and Chopped creators Cleve Keller and Dave Noll will create the format, with eOne selling it internationally.

It will feature a supersized Boggle board and question rounds across, the creators said, pop culture categories such as Game of Thrones or Marvel.

“With impressive visuals, new categories and the clock always counting down, Boggle Battle will add a new level of hilarity and excitement to the game show world,” said Keller and Noll. “Viewers and contestants alike will be stumbling over each other to shout out creative answers while trying to beat the clock.”

“Cleve and Dave have a found an innovative and engaging way to bring the addictive game to television,” said Tara Long, executive VP, alternative programming, eOne Television. “The unique, fast-paced gameplay will appeal to audiences in the US and around the world.”

Josh Feldman, co-head of storytelling at Hasbro Studios said: “Boggle Battle will appeal to the many die-hard Boggle fans around the world.”