Apple is reportedly planning to make a major push into original content, making TV show and movies that will be available through its subscription streaming service Apple Music. 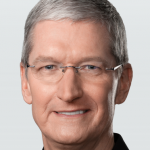 According to the Wall Street Journal, Apple has been in talks with producers about buying rights to scripted TV shows and has preliminary plans to also offer original movies.

The report claims that Apple aims to launch its first original scripted content later this year and that it will look to compete with critically acclaimed series like Netflix’s Stranger Things and HBO’s Westworld.

Apple will focus on a “handful of carefully selected shows” and will use the content to help differentiate its Apple Music offering, building on the music-focused documentary segments that are already available through the service, according to the WSJ.

Last October, Apple CEO Tim Cook said on the company’s fiscal fourth quarter earnings call that it has an “intense interest” in television and claimed there is “great opportunity” for the company to create and own content.

This came after Apple acquired exclusive rights to James Corden format Carpool Karaoke last summer, with the new series to debut on Apple Music. Apple reached an agreement with CBS Studios International, which began shopping the format after The Late, Late Show with James Corden skit became a viral hit on YouTube.

Cook has spoken previously about Apple’s TV aspirations. On the company’s Q3 2016 earnings call he said that the latest version of Apple TV and its tvOS software, which launched in October 2015, marked “the foundation” for bigger plans in this space.