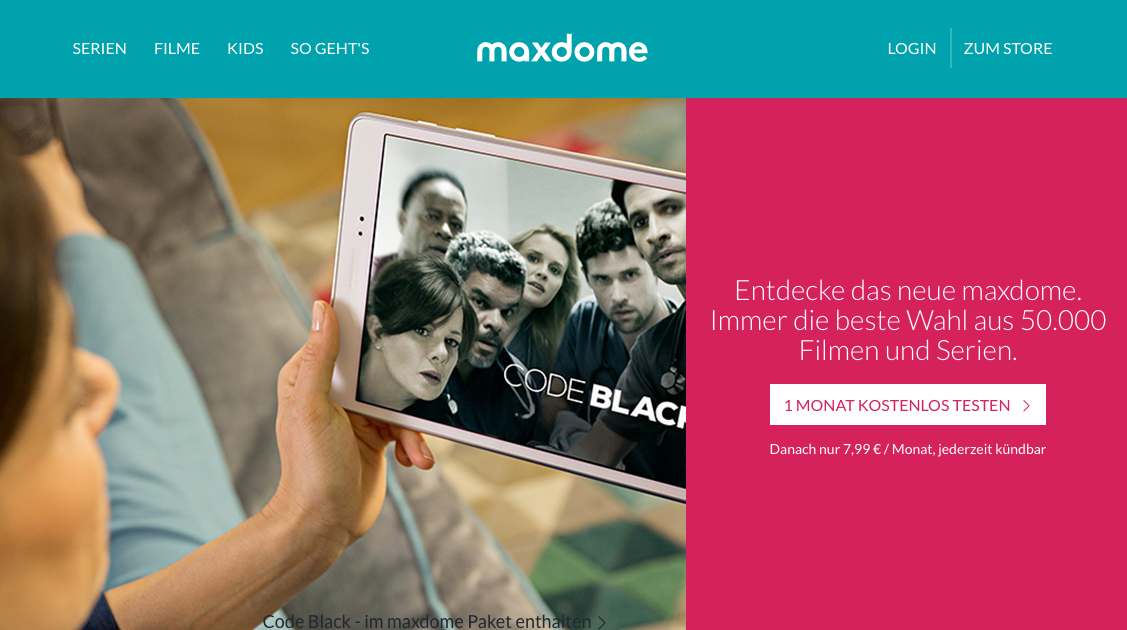 ProSiebenSat.1’s subscription video-on-demand service Maxdome grew its subscriber base by 48% in the year to September and now has close to 900,000 subscribers, according to ProSiebenSat.1 chief financial officer Christof Wahl.

Wahl, speaking on an analyst call after ProSiebenSat.1 posted solid Q3 results at the end of last week, said that the service had seen “healthy growth” over the year.

The subscriber figure nevertheless represents a deceleration of Netflix rival Maxdome’s growth on recent quarters. In June, it reported 71% growth in SVOD subscribers year-on-year, following a relaunch in April. The comparative figure for the year to March was 83% growth in SVOD customers.

The service, which is also distributed by cable operator Tele Columbus and has deals in place with other service providers and retail groups, renewed a distribution agreement with Liberty Global-owned cable operator Unitymedia in the quarter.

ProSiebenSat.1’s digital activities recorded solid overall growth in the quarter, helping lift the group’s overall performance significantly. MCN business Studio71 saw strong growth in the quarter, and ProSiebenSat.1 CEO Thomas Ebeling told analysts that the network was now entering the Spanish-language market, signing up a YouTube content creator who he said was positioned “amongst the top 10 channels in Spain”. Ebeling said that Studio71 was “further internationalising its business”.

ProSiebenSat.1’s non-audiovisual digital activities fared less well. Its music business saw significant customer losses, which Wahl conceded was “bad news” but said that the group did “not foresee happening again in the near future”.