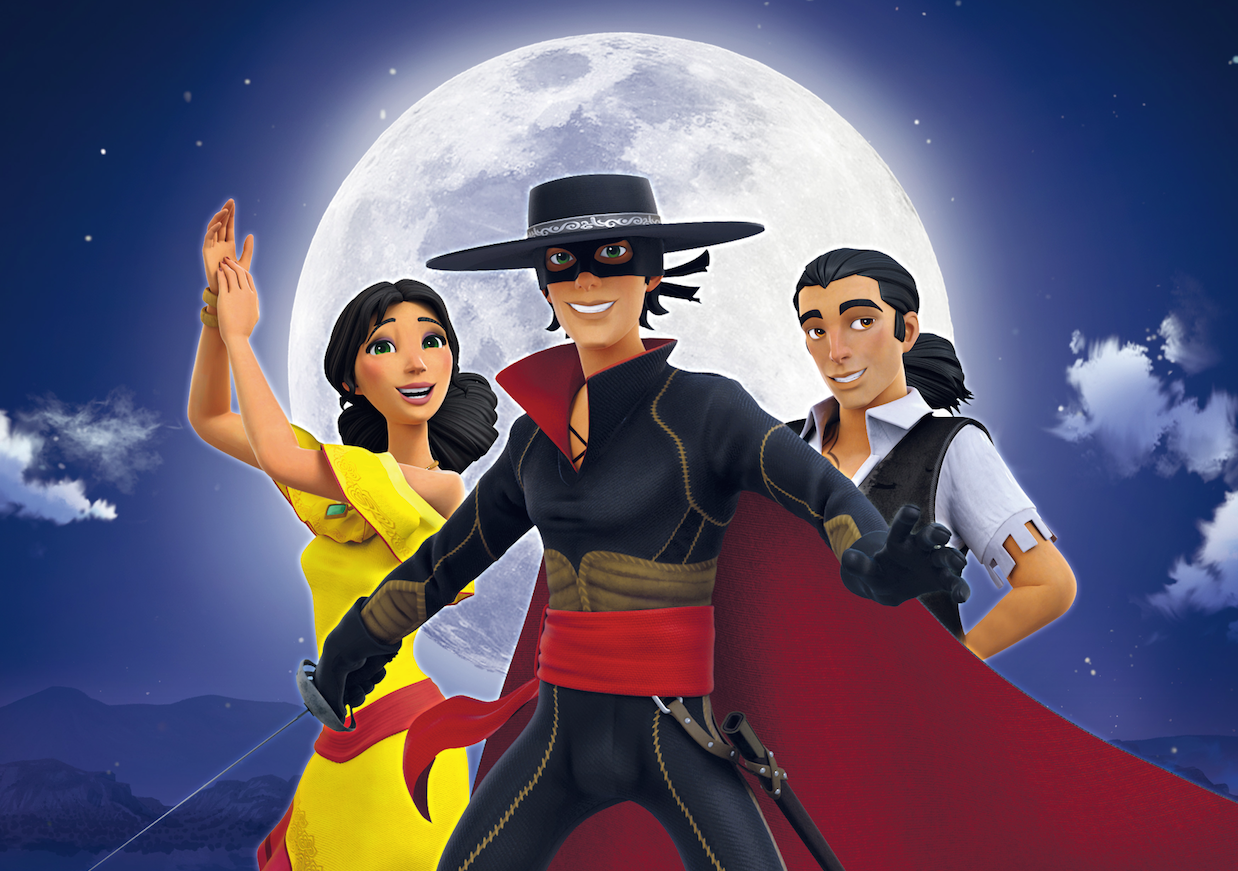 Hulu has picked up the rights to Zorro the Chronicles and will launch the French-produced animated series in the US.

The streaming service will launch the show in English and Spanish.

Cyber is selling the series, and the Hulu pick up follows agreements with Turner, RTVE in Spain, TV2 in Norway, Minimax in CEE and Globosat in Brazil among others.

Pierre Sissmann, CEO of Cyber Group, said: “Writing and producing Zorro the Chronicles has been a very exciting and challenging project for me, as Zorro is an iconic brand known worldwide for over a century. So our responsibility at Cyber Group Studios, towards the new generation was huge.

“I am thrilled that John Gertz of ZPI and so many broadcasting partners worldwide have trusted us to make already a real success of this first season”.

The Hulu deal comes as the on-demand service pushes more heavily into kids programming. In June it struck a major deal with Disney, and has also made high profile acquisitions such as Curious George.