In a fragmented market, what is the most fruitful way to source IP?

Have you got a idea burning away, or a manuscript gathering dust in the bottom of the office filing cabinet? If so, 2016 would be a good year to brush off the cobwebs and get pitching, our survey shows.

An overwhelming 92.6% of our respondents say good ideas can come to the fore in the current market environment, with just 7.8% undecided and none – 0%, nada, zero, zilch – believing they would be ignored.

“IP can come from anywhere today,” says David Ellender, president of distribution at US prodco Sonar Entertainment. “No-one in programme development is waiting for the next great script to land on their desk, although that can still happen.”

“The run on IP is huge, so you have to look everywhere: books, formats, theatre plays, documentaries, blogs, games… the sources are numerous and varied,” adds Amelie von Kienlin, senior VP, scripted acquisitions and coproductions at Germany-based Red Arrow International.

Anecdotally, many use the line that good ideas can come from anywhere, and this is true to a certain extent. Georgia Brown, executive VP, global scripted and unscripted at FremantleMedia gives the example of a UK show currently in development that is “off the back” of a piece of IP Bertelsmann Music Group, which is part of Fremantle parent Bertelsmann.

“You have to think outside the box and securing IP is about having a clear strategy surrounding what you will do with it as well as the most creative and passionate response to the material,” she says. 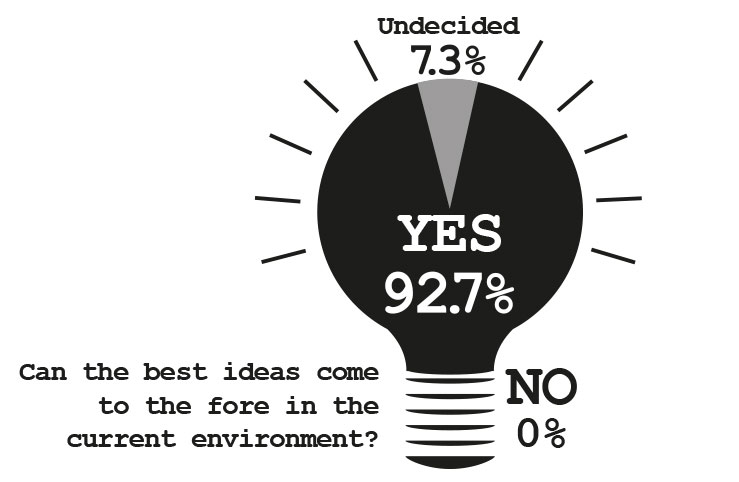 “There has been a shift towards more authored and less producer-driven content origination,” says Jez Swimer, head of development at UK-based Leopardrama. “Working off established brands has the advantage of leaning on an established brand and a pre-existing relationship with the audience.”

Recent examples include the BBC working with Lookout Point and The Weinstein Company to create a new version of Russian classic novel War and Peace. The BBC also commissioned ITV-owned Mammoth Screen to reboot 1975 series Poldark, which itself was an adaptation of Winston Graham’s mid-20th century novel series.

Ben Donald, BBC Worldwide’s drama chief, says there has been “an inflationary rush on branded or iconic IP”, but adds “There is still a lot of work to be done by the producer and writer to make it work and original for the grammar of television”.

Katrina Neylon, executive VP, sales and marketing at Studiocanal, says her company’s development team is constantly considering which of the 5,000 titles in its library could be reworked as a drama series.

Comic books have become a a more important part of the ecosystem since Warner Bros. and The Walt Disney Company began significantly mining the DC Entertainment and Marvel Entertainment Universes. This has had a knock-on effect, says Dan Whitehead, head of drama and digital at K7 Media.

“The canniest media companies are now reaching out directly to TV producers, and helping to drive development, rather than waiting for licensing deals to come along,” he explains. “This is particularly notable in comics, no doubt emboldened by Marvel’s success as a studio in its own right.

“Larger indie publishers like IDW and Boom are now actively pushing their titles for TV adaptation, and staying involved in the process. The production model these days is far more intimate and collaborative than the ‘sign and forget’ IP deals of yesteryear.”

Indeed, for many, there is nothing more important than the relationship. “We have found that the most valuable way to source new projects is through relationships with behind-the-camera talent,” says Michael McGahey, VP of series at LA-based Marvista Entertainment.

Endemol Shine Studios chief Sharon Hall says ideas are “literally coming from every corner of the globe. Here at Endemol Shine, we are fortunate to have access to hundreds of successful formats and many of the top writers, producers in the world”.

For broadcasters, it is about adding those relationships with its own innate knowledge of their audience. “The most fruitful way for us is to combine individual external know-how with our internal experience and our deep knowledge about our target audience,” says RTL’s chief buyer Jörg Graf.

Put more bluntly, ZDF Enterprises CEO Alexander Coridass says: “The most fruitful way to source IP is to co-develop it yourself.”

“We’re seeing an increasing amount of drama connecting with current events or the fears of society: the danger of the internet and living in a digital world, issues like immigration and the question of ‘the other’ in our communities,” adds About Premium Content co-founder Emmanuelle Guilbart.

Bearing this out, Showtime is one network that’s been tapping real life events for inspiration in its storytelling in recent years – terrorism-themed Homeland is now into a fifth season, while new series Billions looks into high-level corruption within hedge funds.

Marc Lorber, a consultant at Lionsgate Television and formerly head of programming at HBO Europe, says one upside in today’s market is “that ideas and creative DNA are flowing across what has become a flat world” meaning that “for the first real time creators have the opportunity to work in other languages and territories”.

The consensus is that the best ideas will bubble to the top. One analyst surveyed, Guy Bisson from Ampere, suggests the process of sourcing those ideas remains a similar to how it has been done in the past. “I don’t think, for high-end drama at least, there is that significant a shift in sources of IP as yet.”

Sarah Tong, head of sales at The Missing and Doctor Foster distributor Hat Trick International, agrees. “I don’t think this has changed – ideas will always come from a range of sources, but there is more scope for a wider range of ideas as the market fragments and grows,” she says.

Korbinian Hamberger from German script collective The Dirty Dozen says one thing remains constant: “In my opinion the best ideas come from within a writer, a story that has to be told. Ideas that are tailored from an outside perspective in order to serve a certain market often feel generic.”

And some see the market as way too competitive to comment. “I can’t reveal my sources!” says Gaumont Television president Gene Stein.