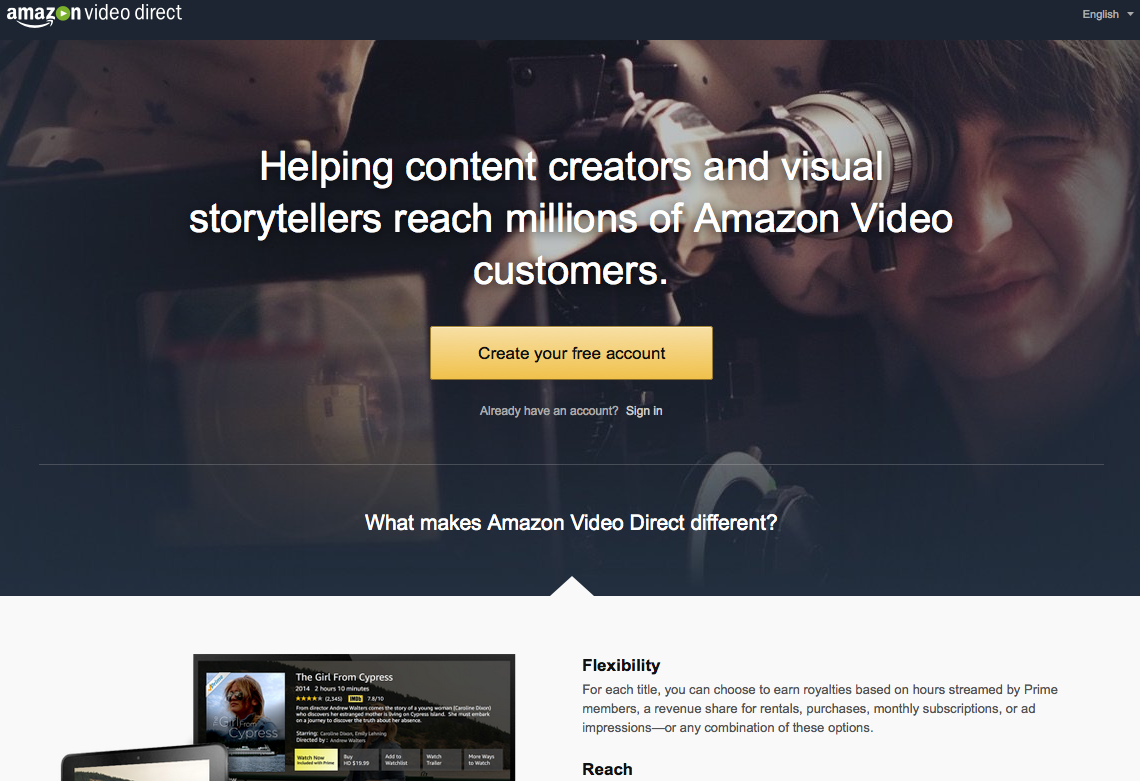 Amazon’s new video platform could be a “serious threat” to Netflix and other SVOD platforms, according to IHS Technology.

This is because Amazon Direct Video’s free-market approach “enables the discovery of new talent and cult content, which has previously proven so valuable to these kinds of services”, said IHS Technology’s senior analyst for home entertainment, Jonathan Broughton, and principle analyst for connected home Merrick Kingston.

ADV, announced yesterday, works on a four-tiered basis: a YouTube style uploading platform that allows content creators to get revenues from ads, a rental/purchase option, an option that makes content free for Amazon Prime Video customers, and an add-on subscription service through Amazon’s Streaming Partners Program.

IHS said this allowed “content owners flexibility, allowing users to experiment with a range of business models in order to monetise their content”, and pointed to the fact content creators could use a combination of the available tools.

Furthermore, AVD allows users “a mechanism to understand their audience and would likely be “present in more living room TV sets than rival platforms”.

Amazon will also be able to aggregate non-exclusive content, which will likely rest in existing multichannel networks uploading content onto the platform “on a large scale”.

“The flexibility of business models offered allow for a wider range of content creators to be organically aggregated onto the platform,” said the IHS analysts. “At the user-generated-content end of the scale, advertising-funded distribution ensures that the maximum audience is reached.

“Meanwhile, as successful independent content creators move into professional production, paid content models will take over, also supporting existing owners of professional video content. These foundational principles are not novel, and underlie similar recent initiatives from Comcast’s Watchable and Verizon’s Go90. However, Amazon is prepared to offer creators a far more varied set of remuneration models in a single platform.”

IHS’s Connected Devices Intelligence Service has estimated that Amazon Fire TV and Fire TV Sticks will reach an installed base of 14.1 million by the end of the year in the US, rising to 30 million by 2020.

“Verizon’s Go90 has no living room scale, because the service is accessible only from portable devices. Comcast’s Watchable – available on the X1 platform – has well below ten million subscribers.”

AVD is now available in all the countries where Amazon Video is available – the US, UK, Germany, Austria and Japan.