At the beginning of 2015 I was writing a novel set in 1870. I was stuck, so to distract myself I picked up a volume of Queen Victoria’s diaries. “How handsome Albert looks in his white cashmere breeches,” wrote the teenage queen on November 11, 1839, “with nothing on underneath.”

Suddenly the image of the boot-faced old lady in a bonnet was replaced by this frisky young woman who had spotted her Mr Right.

The next day I had a fight with my teenage daughter, who like Victoria is a small but mighty five-foot-nothing, and I found myself thinking what it would be like if overnight she became the most powerful woman in the world. This is, of course, what happened to the eighteen-year-old Victoria in 1837 when her uncle William IV died. The image of the teenage queen was irresistible. The first scenes were writing themselves in my head.

Victoria is my first screenplay. I had worked as a documentary producer for years and I have written a couple of historical novels, but drama was new territory for me. I had studied the Victorian era at university, so I had pretty good feel for the period: my aim was to keep the scripts true to the spirit of the age and the emotional truth of the characters, even if I altered the chronology a little to make a better dramatic shape.

I spent a lot of time looking at the early Victorian equivalent of the tabloid press, trying to figure out what people believed at the time about the monarchy, before it was smoothed out by hindsight.

The relationship between Victoria and Lord Melbourne, her first Prime Minister, is central to my story. The biographies tend to gloss over the intensity of their friendship, but at the time, Victoria was regularly lampooned as ‘Mrs Melbourne’, and the assumption was that Melbourne, a famous ladies’ man, had worked his magic on the young queen.

And if you read her diaries, which were redacted by her youngest daughter after her death, it’s clear even from the passages that survive that the teenage monarch had a massive crush on the charming ‘Lord M’, as she called him. 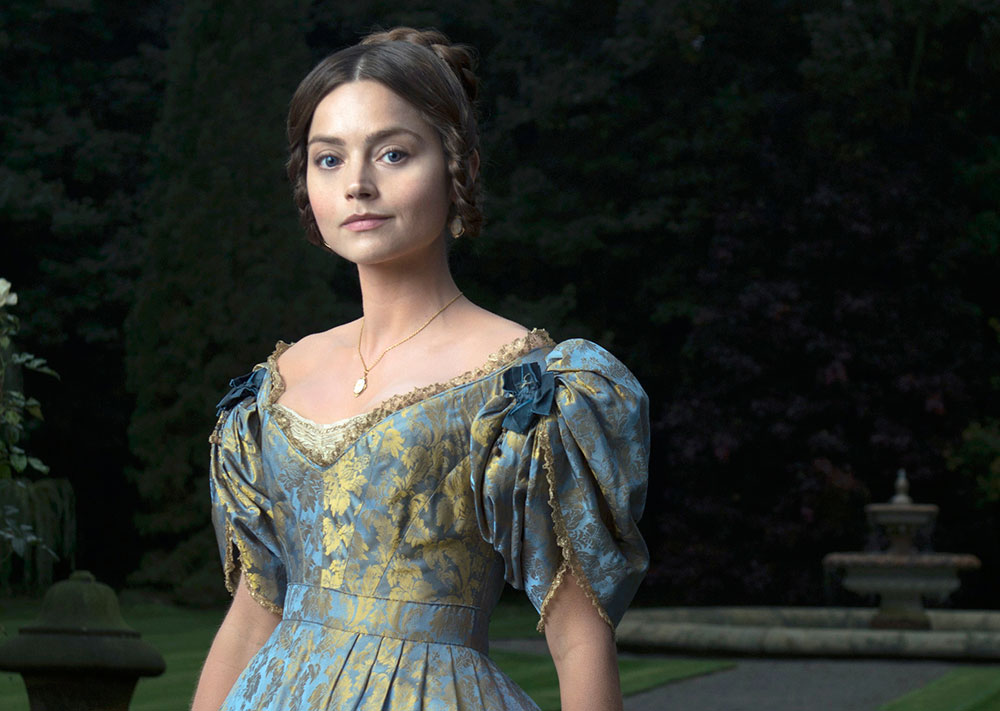 My aim with Victoria was to strip away the reverence that tends to stultify royalty on screen and show a young woman struggling with her responsibilities. Victoria was passionate and impulsive, and the first few years of her reign were full of blunders and mistakes.

Now we think of the British monarchy as rock solid, but in the mid-nineteenth century republicanism was sweeping through Europe, and at the time there was real concern that a young inexperienced girl would not be able to keep it together. That uncertainty is something I have worked with in my scripts.

A dramatic challenge has been giving a sense of the world outside Buckingham Palace, so I have created a downstairs world of fictional characters whose stories are interwoven with that of Victoria and her family. Through them we see the immense social and economic change that is going on in the country – Victoria comes to the throne in the age of carriages and candles; when she dies there is electric light and motorcars.

Although she was a creature of her time, Victoria faced some very modern dilemmas – how do you make a marriage work when you have all the power? Is it possible to be a good mother and do your job properly? In her diaries she writes touchingly about her nervousness at being the one who has to propose marriage to Albert.

The thing I have learned writing this series is that the most important thing is emotional truth; my Victoria, played by the incomparable Jenna Coleman, is not an icon, but a flawed young woman learning the hard way how to be a queen.