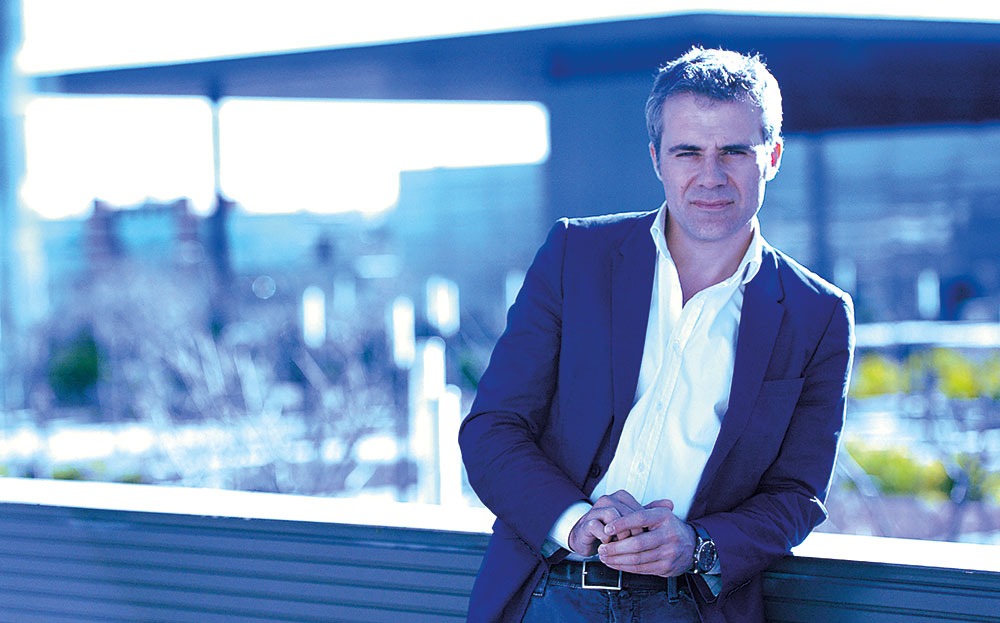 The show is written by Rafael Cobos (7 Virgins) and produced with José Antonio Félez’s Atípica Films. It is one of over 20 premium dramas that Movistar is developing.

These include projects from film producers David Trueba (Living is Easy with Eyes Closed) and Cesc Gay (Truman), plus another by actor and celebrity Berto Romero (Spanish Affair 2).

Owned by telco giant Telefonica, Movistar Plus dominates Spanish pay TV. It has 3.7 million subscribers and a 35% market share since formalising, last year, the acquisition of Prisa’s pay TV operation, Canal Plus España.

Movistar Plus’ VOD service already boasts a strong line-up of international TV dramas, and the production of original series will provide Movistar with what it lacks: high-end, exclusive Spanish scripted TV.

With Movistar Plus’ TV drama commitment, a Spanish pay TV operator is making a serious and sustained investment in original series for the first time, in a territory overwhelmingly dominated by free-to-air broadcasters RTVE, Atresmedia and Mediaset España.

For the telco, original TV series production means added value for its Spanish VOD and pay TV offering, and at a moment when HBO has unveiled its plans to operate a standalone streaming service in the country, and following the launch of Netflix last October.

“Whoever doesn’t make a true bet on local production will have a very limited run, which is what you [ultimately] get with good international TV series,” Corral says. “Spaniards first want to see Spanish series, in the same way Americans first want to see US series.”

It is unlikely that either Netflix, which will probably produce a series locally in Spain sooner rather than later, or HBO would have the muscle or inclination to match the volume of production announced by Movistar in the immediate future, which hands a competitive advantage to the Spanish pay TV operator.

In fact, the ambitious plans for original TV series production place Movistar Plus closer to the level of Europe’s other big pay TV players, Sky and Canal Plus.

“The biggest TV series of today incorporate the way cinema tells stories, which is exactly what we want to do,” Corral says. “This means tackling TV projects with cinema-level production standards, opening up to creators with an original point of view and a story to tell, with great characters and actors, making the screenwriter one of the stars.

“Our aim, in the mid term, is to rub shoulders with top international producers of quality series,” he adds. “This will be possible thanks in great measure to the vast amount of Spanish talent [screenwriters, directors, photographers] we have in our industry.”

In its venture into original series production, Movistar is open to teaming with film and TV production companies, and even with the big free-to-air TV broadcasters.

“If we want to produce highly ambitious projects, maybe it is worth sitting down to talk,” says Corral, who worked at Turner Broadcasting before taking up his current post.

La Peste, a six-episode series that will premiere in the autumn of 2017 on Movistar, is being produced by Madrid-based Atípica Films, Spain’s leading arthouse outfit, whose productions include Alberto Rodríguez’s 2013 acclaimed film thriller Marshland.

Movistar will be the 100% owner of series rights, a model it aims to repeat in future projects.

Meanwhile, Movistar Plus’ scripted slate will be an even split of one-hour dramas and 30-minute comedies.

The pay TV operator is open to all kinds of issues and stories in its productions, it says, and will commit to series aimed at specific segments of its audiences.

Also, the company will bet on new Spanish talent. Corral declines to reveal Movistar’s TV drama budgets, but says his production philosophy “will guarantee an environment where creators can work with time, freedom and resources”.

“Since these will be series with high production values, we think they will also have an international run,” he adds. “We would like to contribute to strengthening the European TV fiction market as a second priority, by betting on the production of English-language projects. That is something we are talking about with Canal Plus and Sky.”

Movistar Plus aims to release one big English-language series per year; the rest will be in Spanish, and will also include TV projects involving Latin American talent and production partners. “We are exploring the possibilities of producing TV drama projects in Latin America,” Corral says.

In the search for possible alliances in the region, Movistar Plus is considering a wide range of options.

The most obvious partnership would be with any of Telefonica’s Latin American pay TV operations. In Central America, Colombia, Peru and Chile, the company operates under the Movistar brand, and in Brazil, via Vivo. Telefonica also owns Argentine broadcaster Telefé, one of Latin America’s biggest film and television producers.