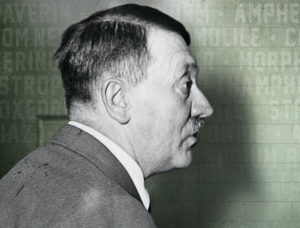 Marcella, which is written The Bridge scribe Hans Rosenfeldt, follows police detective Marcella Backland (Anna Friel), investigating a series of killings that bear a resemblance to a series of unsolved murders from a decade before.

Cineflix Rights is selling the show, which is made by Cineflix and Tony Wood joint venture prodco Bucanner Media.

Factual launches from Cineflix include Hitler the Junkie. The one-off doc was produced by Waddell Media for National Geographic Channels International and Channel 4 in the UK.

It examines the variety of medication that the titular dictator was taking during his final years including crystal meth and morphine.

On a lighter note, Cineflix Rights also has World’s Best Beaches. The 6x60mins Wildbear-produced series is billed as the ultimate guide to the world’s most beautiful beaches on the planet.

The distributor will also launch Hell’s Satans, an 8x30mins unscripted series for US cable net Fusion, following the titular moped gang and their pranks and stunts.

“Marcella, created by an exceptionally talented team with a track record of producing international hits, is exactly the type of high quality drama at the top of every scripted buyer’s wish list,” said Chris Bonney, CEO Rights, Cineflix Media.

He added: “Our new factual titles offer up a great mix of winning themes that cater to the popular demand of our worldwide network partners.”